Wolfgang Fraissinet to leave the company

Until the position has been filled, the Neumann management team will report directly to Claussen, who is also President Research and Development of Georg Neumann GmbH. "We have a fantastic team at Neumann – together, we will ensure a smooth transition for our customers," continued Claussen.

With a solid background in premium brand marketing and an education in classical piano at Berlin Conservatory, business graduate Wolfgang Fraissinet started his career with Georg Neumann GmbH in 1990, shortly before the company was acquired by Sennheiser in 1991. During this transitional period, Wolfgang was part of the team that helped to successfully integrate the Neumann business into that of the parent company, with a clear focus on the microphone portfolio.

In May 1992, he was made head of marketing and sales, a position in which he professionalized the company's international marketing and PR activities, thus raising awareness of the Neumann brand and firmly anchoring it in the premium recording segment.

In 2000, Wolfgang became President, Marketing and Sales of Georg Neumann GmbH. When Neumann took over the Klein+Hummel monitoring loudspeaker business in 2010, he was instrumental in successfully establishing the new monitor line in the studio market.

Wolfgang successfully introduced a new CI/CD for Neumann.Berlin, culminating in a move to new headquarters in Berlin in 2015. Apart from his business endeavors, Wolfgang has always pursued his musical interests, and has been involved in various international productions of classical, jazz and film music.

Today, more than 80% of the professional recording studios worldwide use mainly Neumann microphones in their work; since 1991, Neumann's turnover has grown tenfold. Most recently, the Neumann portfolio was successfully extended into studio headphones with the launch of the new NDH 20.

"On behalf of the entire executive management board of Sennheiser, I would like to thank Wolfgang for his immense contribution to the company's success," continued Peter Claussen. "With his determination and commitment, his wealth of expertise and close ties within the audio industry, Wolfgang has played a vital role in driving the Neumann business forward for almost three decades. His accomplishments include enlarging the studio specialist's product portfolio and making Neumann a highly desirable brand not only in the studio field. We thank him and wish him all the best in his new endeavors."

About Sennheiser and Neumann
Shaping the future of audio and creating unique sound experiences for customers – this aim unites Sennheiser employees and partners worldwide. Founded in 1945, Sennheiser is one of the world's leading manufacturers of headphones, loudspeakers, microphones and wireless transmission systems. Since 2013, Sennheiser has been managed by Daniel Sennheiser and Dr. Andreas Sennheiser, the third generation of the family to run the company. As part of the Sennheiser Group, Georg Neumann GmbH, known as "Neumann.Berlin", is the world's leading manufacturer of studio microphones. Founded in 1928, the company has been recognized with numerous international awards for its technological innovations. Since 2010, Neumann.Berlin has expanded its expertise in electro-acoustic transducer design to also include the studio monitor market, and has recently added studio monitoring headphones to its portfolio. In 2018, the Sennheiser Group generated turnover totaling €710.7 million. 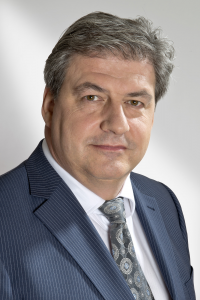