New Orleans, LA -- (ReleaseWire) -- 08/04/2017 --Sidney Torres, New Orleans real-estate developer and host of CNBC's The Deed, today launched a media-driven political action movement that will challenge the candidates for mayor of one of America's great cities to provide detailed plans on how to address the challenges facing New Orleans.

Torres' chose to create VoicePac, which stands for Voice of the People Political Action Committee, upon deciding that he would not run for mayor this fall. Pre-qualifying polls indicated that Torres, a popular New Orleans entrepreneur and venture capitalist, was one of the leading candidates for the city's top job. A poll by Dr. Verne Kennedy of Market Research Insight, released one week prior to qualifying, showed voter preferences as follows: Councilwoman LaToya Cantrell (23%); Torres (21%); former Municipal Court Judge Desiree Charbonnet (16%); and former Civil District Court Judge Michael Bagneris (6%).

The Torres PAC is not his first venture into shaping policy in New Orleans. As he became frustrated by crime in the French Quarter, Torres invested almost $700,000 of his own money to create a GPS-based app that allowed smartphone users to report crimes in real time. He added police units to the patrol, and his French Quarter Task Force reduced criminal incidents in the historic district by more than 40%.

The mission statement of Torres' PAC notes that VoicePac "… is a movement designed to inspire policy innovation and political engagement that will lead to the renewal and consistent rise of New Orleans. VoicePac will be the spark that ignites the public conversation, interest and engagement that defines our political command and holds those leaders accountable to address complex policy issues with financially-responsible, effective solutions in a timely manner."

VoicePac, funded primarily by Torres, will begin a near $1 million media blitz this week through Election Day, October 14. The campaign will offer new ideas for candidates to consider and will challenge them to be specific when releasing their goals and plans for New Orleans.

Torres is in New York City through the end of the week and is available for in-studio or satellite interviews to discuss the New Orleans mayor's race and his political action committee's likely impact on the election. He has been featured in the New York Times Magazine, Wall Street Journal, Forbes Magazine and CNBC's "American Dream". 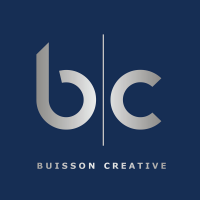