Reston, VA -- (ReleaseWire) -- 03/01/2016 --With a wonderful, east/west flourish, 20th Century Fox Studios, Los Angeles, and The Not Old Better Show, available on iTunes, SoundCloud, Stitcher Radio, and many other locations, announced today that host, Paul Vogelzang, interviewed Michael "Eddie The Eagle" Edwards, in conjunction with today's release of the new 20th Century Fox/Lionsgate film, "Eddie The Eagle". The Not Old - Better Show, which is the first independent entertainment, technology, culture and community podcast to reach 55+ age community and their and families, is sponsored by Senessted, and featured on Apple's iTunes web site.

Fresh off his production of the Copyright Alliance podcast, the "Depression is Real" podcast (sponsored by Wyeth Pharmaceuticals), among others, but most notably MommyCast & MommyCast Latina, Vogelzang is taking this all in stride: "While there are many, many great ideas out there for podcasts to the 55+ age community, we think we have the recipe for success. And, we're not forgetting that our audience loves our print and opinion pieces, too, so we're going to stay with that, but move in other directions, too." "It's all good," according Vogelzang. "We understand how our audience relates to us, and that's crucial to our taking some next steps so that we enhance our reader's experience with Not Old - Better. Just like musicians and singers convince you of their passion, as a proud, out member of the 55+ age community, my team and I know that others in this age range, and their families, too, hear the conviction in our voices, and see that in our faces in this new world of communication. Every show we do, our personal touch, our message and our awareness will always come through." Vogelzang goes on to say with a grin, "We're not going to lose our broadband connection."

Vogelzang, and The Not Old - Better Show team, have seen their popularity explode almost overnight, culminating with the programming and access to top entertainment, political and cultural icons. Vogelzang's revealing commentary has wowed critics and audiences alike. According to Dan Goodman, CEO, Believe Entertainment, "Digital distribution of content such as The Not Old - Better Show represents a massive opportunity to reach the 55+ age community in new and compelling ways." Believe Entertainment is Vogelzang's former studio partner on MommyCast and an industry leading studio producing premium content with A-list talent such as LeBron James, and the legendary DJ and producer Tiësto among others. "Our experience at has proven digital distribution as an effective primary channel for engaging any active demographic today," says Goodman.

About MommyCastTM
Started in March, 2005, MommyCastTM has been featured in the Hollywood Reporter, Washingtonian Magazine, BusinessWeek, Variety magazines and the USA Today. Paige and Gretchen of MommyCastTM have also been interviewed by CBS News, CNN, NBC, the BBC, Brandweek and the Wall Street Journal. MommyCastTM holds the distinction of being one of the first independent podcasts to land a major corporate sponsorship, which came via Dixie Paper Co. They have also established themselves as a member of the Buena Vista Entertainment Press Corps and are sponsored by Walt Disney Studios for family fare DVD movie releases. MommyCastTM was the first podcast to do an enhanced podcast review of a movie, March of the Penguins, released by Warner Independent Pictures.

More on Vogelzang can be found HERE.

The Not Old - Better Show - Logo 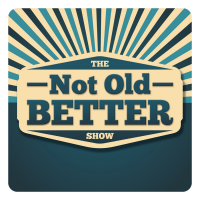 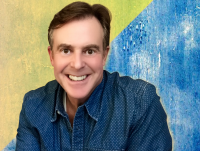