Los Angeles, CA -- (ReleaseWire) -- 07/12/2017 --The highly anticipated role-playing game "Firelight" made a splash on Kickstarter as HobbyHorse Games, LLC - partnered with some of the web's most beloved artists - launched a crowdfunding campaign today, earning 30% of the funding goal in just 5 hours. The campaign aims to make the tabletop role-playing genre more accessible to a wider array of players, and features a streamlined ruleset and diverse cast of characters. People can join the initiative at http://kck.st/2uN2Tc7.

A pledge of $30 or more will get donors a physical copy of the game. Add-Ons include the Game Master's Handbook, the "Embers: The Art & Lore of Firelight" book, custom dice and copies of the game's first expansion, "Eldritch Visions".

"I'm excited to be part of the movement that brings role-playing games to a wider audience," said Eric Woods, founder of HobbyHorse Games, LLC. "The incredible passion of our players and the early success of our campaign show just how powerful the genre can be when it really captures your imagination."

Physical copies of Firelight purchased through the campaign will include 163 cards, including 20 jumbo-sized (3.75"x5.5") "Quest" cards, as well as one 6-sided die and a 16-page instruction booklet. Backers can upgrade to a $35 tier to unlock access to 10 Kickstarter-exclusive cards, which will not be included in future prints of the game.

Anyone interested in Firelight can email contact@hobbyhorsegames.com for additional information. 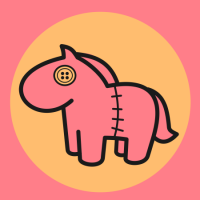