The Puerto Rico bankruptcy left tens of millions of Puerto Rico municipal bond holders throughout Puerto Rico and the 50 States with material losses. Many victims believe their losses were caused by Wall Street and Government actions. Repeated complaints to the Department of Justice and The Securities and Exchange Commission were met with inaction. In an effort to spur a robust Government response, bondholders kicked of a series public service messages utilizing billboards in Puerto Rico, New York and Washington DC.

Temecula, CA -- (ReleaseWire) -- 11/08/2017 --Puerto Rico bankruptcy victims uncovered material irregularities while conducting a forensic accounting audit of the islands municipal bonds. As the auditors followed the money it led the auditors from Puerto Rico to Wall Street to Washington, DC. Multiple complaints were made to the Department of Justice and the Securities and Exchange Commission regarding billions in municipal bonds. The audit also uncovered billions of dollars that were unaccounted for from within the Puerto Rico Electric Power Authority.

The Puerto Rico Senate held special hearings where sworn testimony was given about falsified financial statements related to the bond issuances and significant internal theft of public funds.

The municipal bond audit could not identify sufficient income or assets to justify the issuance of the bonds or the good credit ratings received from the bond rating agencies.

Many of those impacted by this feel that America needs an honest and unbiased system of justice and as such, they will be using their limited resources to run PSA ads utilizing billboards, online ads, print ads and television commercials to build awareness about this issue.

About Commercial Solar Power, Inc
Commercial Solar Power, Inc. (CSP) was founded in 2009 to develop engineer and construct renewable energy power plants for utility companies. CSP was one of 70 renewable energy companies selected by the Puerto Rico Electric Power Authority (PREPA) to build a 20 megawatt solar power plant and as such, CSP was one of the many victims of the Puerto Rico bankruptcy action. CSP provided the FBI and SEC with detailed testimony on their experience with PREPA and Puerto Rico.

More information about CSP is available at http://www.wallstfraud.com. 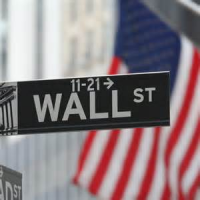