Merthyr Tydfil, UK -- (ReleaseWire) -- 03/28/2018 --AREA, a mind-blowing, physics-based adventure from SPINNING BRAIN is much more than the first person shooter (FPS) game it appears to be at first sight. Opening up stunning interactive worlds for gaming enthusiasts, AREA is a multi-genre game introducing puzzles, platformer, stealth and exploration elements.

AREA, expected to be released in Q3 2018, is currently seeking funding through Kickstarter. Interested investors can see teasers of the game. Various rewards are available for those that contribute, including receiving a copy of the game, or having their name featured on an object in the game. Learn more about the Kickstarter campaign here.

The game features an exciting story wherein players are investigators for Tycho Technologies. In the character's quest, he must collect "eggs" or special objects and use a special weapon to reach each level. The weapon can shoot plasma to eliminate enemies and push objects, manipulate gravity and create a floating walkway. The gun can actually do all these things at the same time. Players must find energy packages for their weapons as they battle drones, robots and many other unfriendly obstacles. The secret world of the game is a new territory on Earth discovered by Tycho Technologies, never seen before due to its protection from an invisibility field. This is Area.

As an investigator, the player is sent on a mission to collect the eggs. The laws of physics are twisted in the AREA so the character must wear a suit and control the weapon provided by Tycho. One of the game's core mysteries is what are the eggs, and what does Tycho plan to do with them?

This fantasy world filled with exciting interactions is built on Unreal Engine 4, the most advanced multiplatform engine. During the design of the game, the creator had a desire to make the gameplay flexible, mixing features that could be used simultaneously.

The innovative game was born from the ideas of SPINNING BRAIN founder Bálint Áts, who said of AREA, "I wanted to create an FPS game that had a different approach, especially the physics based interactivity with the environment. My goal was to design a game that someone could play multiple times and always have a different outcome. The interactivity of each level is something players will enjoy."

About SPINNING BRAIN
SPINNING BRAIN is a one-member video development team started by Bálint Áts. His experience includes working as a game designer, tester and architectural visualizer. This, combined with his knowledge of physics, allowed him to develop AREA. 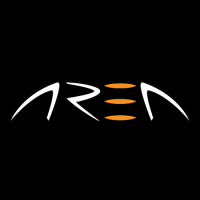