Springfield, VA -- (ReleaseWire) -- 04/06/2020 --Just when COVID-19 is claiming lives across the world Enzaime, a software as a service (SaaS) company, launches their solution to empower the healthcare sector. Enzaime creates customized personal websites for medical professionals with the utility of making online appointments and billing support functions with highly secured & HIPAA compliant data server. They also provide content for the custom websites and the digital marketing necessary for doctors to reach a bigger audience. Having an online presence and being easily found on search engines means building a digital reputation and trustworthiness for doctors all the while being easily accessible for patients. Enzaime believes their comprehensive, easy to use solution will bridge the prevailing gap between the doctors and their patients on the web.

Enzaime offers websites for doctors using the most popular content management system in the world, Wordpress. They ensure reliability and security within their categorized premium themes, plugins and widgets. Enzaime also ensures that the doctors will be able to manage their websites with great ease without even writing a single line of code.

Enzaime believes that besides empowering the doctors, their solution makes healthcare more accessible to patients which is Enzaime's primary goal. Enzaime wants to utilize their expertise to facilitate the healthcare sector so that they can empower both the doctors and patients by letting them use cutting edge technology which will enhance their presence easily and effectively.

Enzaime also offers healthcare providing organizations and affiliate marketers easy opportunities to work hand in hand with them and bring about significant positive impact for their stakeholders. For more details contact partner@enzaime.com. 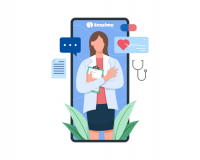