New York, NY -- (ReleaseWire) -- 11/26/2021 --Beginning at 12AM on November 25th, The Mixed Space—a company that provides a space for people of intersectional, multicultural, and multiracial backgrounds to engage in dialogue and activism—will be holding an auction of an NFT entitled "Vision Quest" of Native American model and activist Haatepah/Coyotl. The auction seeks to reclaim the Thanksgiving holiday, a source of pain for many First Peoples, by commemorating ThanksTaking to more accurately convey the Indigenous American perspective that the true narrative of the Thanksgiving holiday is deeply tragic involving land theft, manipulation, and genocide.

The tech company CyTess developed the NFT and created an auction. The winner of the auction will receive a token that can be viewed with the guarantee that the digital artwork belongs to the auction winner. A non-fungible token (NFT) is a blockchain-based smart contract. A digital code secures the online sale of a digital asset by spreading its code across an entire network of servers. By spreading this information across the "chain," the need for a central authority (or a middleman), like a bank or a ticket company, is no longer needed.

Haatepah/Coyotl, who identifies as Chichimeca/Detribalized, has been involved with The Mixed Space community since 2020 as a speaker for Indigenous Peoples' Month. He advocates for Indigenous peoples' rights and for environmental justice. Half of the proceeds of the sale of Haatepah/Coyotl's NFT will be donated to a charity of his choice that empowers Native American peoples and causes.

The Mixed Space and Haatepah/Coyotl are enthused to reclaim the holiday built on such a problematic and inaccurate mythology. The significant funds for Native Americans impact their communities' life-saving resources, infrastructure, autonomy, and recognition. The integration of burgeoning NFT technology bypasses profiteers and compensates disenfranchised communities and content creators directly.

The auction will conclude at 11:59PM(EST) on November 30th. The Mixed Space hopes that this will serve as a launching pad for similar events that form a juncture among digital technology, intersectional identities and underserved communities, and artistic spaces. 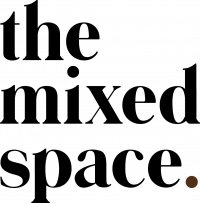 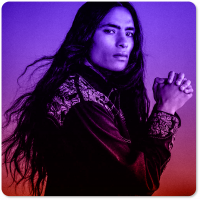 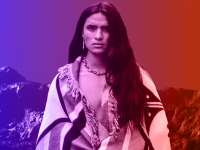