Redefining the peninsula with a meat-free zone, Nick’s Kitchen takes grandma’s cooking to the plant based set. Now with "Real. Good. Food.” on tap, the beloved family restaurant gives every reason to go vegan.

Daly City, CA -- (ReleaseWire) -- 08/31/2017 --Power to the herbivore! Bay Area vegans unite! There's a new/old kid in town. As of September 1st, Nick's Kitchen is officially vegan happy. Formerly a "heavy meat serving restaurant" the neighborhood haunt takes home cooked meals and turns them into comforting plant-based fare. The only vegan restaurant on the peninsula to take the meatless leap, Nick's sets a bold new trend. Now vegans and particularly non-vegans have a Daly City restaurant that puts guilt-free food top of mind. With good health, good food, and an upped ante on cool, they ask, "Philly 'cheesesteak' anyone?"

Reina Montenegro and Kenny Annis, owners of Nick's Kitchen, said of the menu's change to vegan, "We felt it was time to prove that you don't have to suffer to eat like a vegan. Food is a comfort, and it should be medicine for the body and the mind. We need both to bring mindful eating to the table. And because we incorporate the recipes we all love, meat eaters will be pleasantly surprised, and vegans will be thrilled. There's no worry about vegan food fried in the same oil as meat dishes. At Nick's Kitchen, everything is plant-based so, you're free to enjoy yourself."

With an Instagram post-worthy menu with over thirty items to choose from, dishes are $12 and under. Iconic American items include meatloaf with mashed potatoes, greens and gravy, pot pie, chicken BBQ, crab cakes, and succulent ribs all made meat-free. Nick's Kitchen also pays homage to the restaurant's Filipino founders with dishes indigenous to the Philippines. Among numerous others, some of those menu items include Longsilog - a cured sweet vegan pork sausage with tofu scramble and garlic rice, and Puto Maya at Tsokolate which consists of sweet rice with native Filipino cacao.

Nick's Kitchen is available for full-service or drop-off catering. The San Francisco area vegan restaurant is open for breakfast, lunch, and dinner. Accommodating up to 50 diners, Nick's Kitchen is located at 2449 Geneva Avenue in Daly City, CA 94104. Vegan cooking classes are available Monday through Thursday from 5 pm to 7 pm. 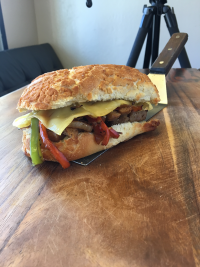 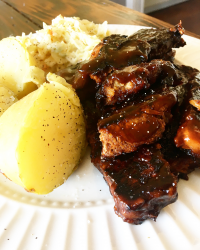 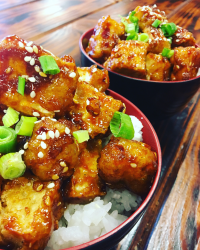 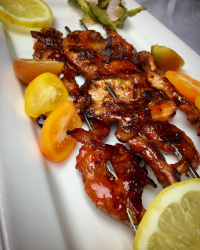