San Mateo, CA -- (ReleaseWire) -- 09/20/2018 --Known for their popular homestyle vegan Filipino food in Daly City, the co-owners of Nick's Kitchen have opened their second location. Sitting pretty on Grand Avenue in South San Francisco, regulars will be happy to note that the new location will offer the same classics as the first Nick's. That means everything from vegan Lumpia Shanghai and Sizzling Sisig to Halo Halo and Leche Flan will now grace the plates of San Mateo's health-conscious crowd. The only vegan restaurant in South San Francisco, Nick's On Grand does many things, but one thing is for sure; it puts plant-based food on the map for a bustling city that's long overdue.

Located just five minutes from San Francisco Airport, and nearby numerous hotels and well-known biotech companies, Nick's On Grand adds a neighborhood feel. Its co-owner, Kenny Annis, designed and built the new location purely on his own steam. As a result, co-owner and chef Reina Montenegro says, "This place is magical. It's built purely with love."

Co-Owners Reina Montenegro and Kenny Annis purchased their first restaurant in 2015 and converted it to a vegan menu in 2017. Only ten minutes away from the original Nick's Kitchen, the new restaurant will add numerous salads and gluten-free options to their plant-based menu.

About Nick's On Grand
Nick's On Grand is a vegan restaurant in South San Francisco that serves Filipino-inspired food. The healthy restaurant is an offshoot of the popular Nick's Kitchen in Daly City and the second location for co-owners Reina Montenegro and Kenny Annis. 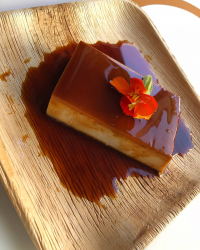 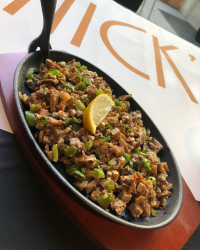 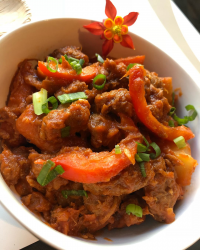