Niles’s project was formed six years ago when Ty and Carole Moss unexpectedly lost their 15-year-old son, Nile, to MRSA, also known as the hospital “superbug,” which kills an estimated 100,000 individuals of all ages annually in the United States alone.

In his role as CEO, Ty Moss will continue to champion Nile’s Project ongoing efforts to enact national legislation for infection prevention and reporting. Nile’s Project will also continue its awareness and educational outreach programs in partnership with the Consumers Union, Centers for Disease Control and Prevention, and others.

Since its inception, Nile’s Project has been responsible for the adoption of Nile’s Law in California, which mandates that hospitals publicly report incidences of hospital-acquired infections.

Nile’s Project has also produced free music concerts where detailed patient safety information was provided to hundreds of families, and participated in numerous health fairs where thousands of individuals were made aware of practical ways to prevent deadly infections.“Nile’s Law was a significant step to improve patient safety, and going forward, Nile’s Project is committed to strengthening enforcement of the law in California, and to national mandates,” Ty Moss said. “Moreover, we are redoubling our efforts so that hospitals and in fact all health care sites are proactive about taking often simple and cost-effective preventative measures that would save countless lives.”

Ty Moss is a recently retired telecommunications sales executive with Sprint Nextel. He is a member of the Patient Safety Network, and an advocate with the Consumer’s Union Safe Patient Project. Ty has also been a voting member of the Annual Grammy Awards since 1984, and a member of Broadcast Music Inc. with 4 gold records as a songwriter.

Carole Moss, who had been serving as CEO, was named Chief Financial Officer for Nile’s Project. She is a sales executive with Dell. Through her leadership role with Nile’s Project, Carole is a voting member of the California Hospital Acquired Infections Advisory Committee. 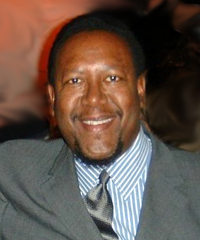