Buford, GA -- (ReleaseWire) -- 10/08/2018 --Ninja Number has released its mobile app, Ninja Number Business - the only virtual phone app that uses artificial intelligence and a conversational interface to interact with the user.

Gone are the confusing buttons, pull-downs and hidden menus inherent in most mobile apps; instead, Ninja Number has harnessed the power of AI to create the world's smartest business telephone number with an integrated virtual assistant that runs on your smartphone.

Through a conversational interface, Ninja Number's AI-powered NinjaBot asks you a series of questions to help you set up features such as voicemail, call forwarding and even multiple extensions.

"We created Ninja Number to make it easy to use a virtual phone system," says Jay Reeder, CEO of Cirravox, the creator of Ninja Number. "We wanted to make the app just as easy to use. People are used to texting, and we saw that mobile apps were becoming more and more difficult to use, with their shortcuts and confusing icons."

This is only the first version of the app. The next version, due out soon, will use artificial intelligence to tell you when you're not returning sales calls, send reminders to call customers and sales leads back, and recommend areas of improvement in your phone usage. It will also feature state-of-the-art improvements to the Ninjabot that will make setup even easier.

"It's all part of using AI to make things easier for the small business owner," Reeder said. "We want to help them grow their business and thrive. You shouldn't need a Ph.D. in PBX to set up your phone system."

The Ninja Number Business app is available in the Apple and Google Play stores.

Ninja Number is a virtual phone system designed for entrepreneurs and small businesses. Monthly plans start at as low as $9.95 per month. For more information, visit ninjanumber.com. 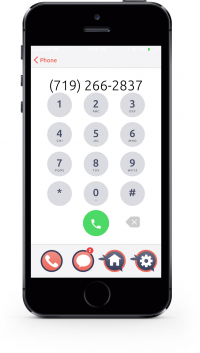 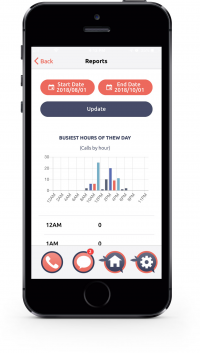 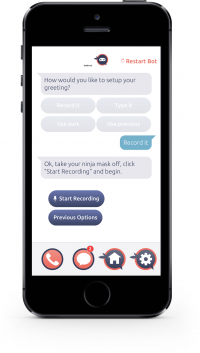