The archaeologist states, “The cave site exhibits wool textiles made of a simple fabric design called a flat weave. Also, in the cave are strands of flaxen ropes and strings of different weaves and diameters. A thick flax rope, measuring three centimeters in diameter, is also located at the base of Locus 2. This locus comprises a sharply-angled and narrow installation that extends ten meters into the center of the monumental wood structure.”

Klenck continues: “The artifacts, materials, and vegetal products in the cave suggest the site was used to manufacture and dye ropes and textiles. The function of the thick flaxen rope in Locus 2 of the monumental wood structure is unclear. Remains made of organic materials such as flax and wool normally decompose. Exceptions include a textile fragment showing a fish-net weave in Shrine VI.A. from Çatal Höyük and textile impressions on Early Neolithic ceramic artifacts in Hungary from the Körös Culture. At the Ararat sites, these artifacts are wonderfully preserved due to the high elevation, freezing temperatures, and because the cave was entered only twice to obtain photographs—and then resealed without removing any artifacts.”

The archaeologist concludes, “The excellent preservation of artifacts in the prehistoric sites on Mount Ararat and their minimal disturbance for thousands of years will add to our knowledge of textile manufacturing during the transition from the Stone Age to advent of farming communities.” 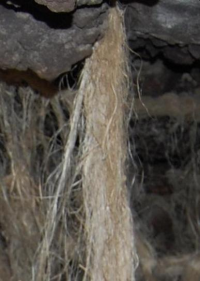 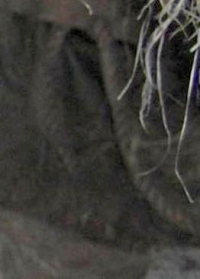 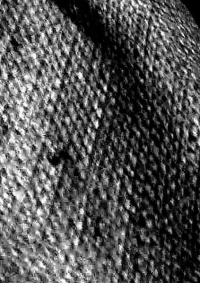