Archaeologist reports prehistoric sites on Mount Ararat in Turkey exhibit evidence for the domestication of the chickpea or garbanzo bean.

Klenck remarks, “The remains of wild chickpea have been found in archaeological contexts in a monumental wood structure and cave on Mount Ararat, which originate from the Late Epipaleolithic Period (13,100 to 9,600 B.C.). From loci 3 and 8 in the monumental wood structure, the floors of these contexts are covered with chickpea seed, bitter vetch, and other botanical remains. These assemblages comprise thousands of uncharred seeds in contexts that appear to function as storage areas for food stuffs. This discovery is very important because the chickpea is one of four Southwest Asian legumes associated with wild wheat and wild barley in archaeological contexts from the Late Epipaleolithic Period (13,100 to 9,600 B.C.) through the beginning of the Pre-Pottery Neolithic A or PPNA Period (9,600-8,500 B.C.). The PPNA roughly correlates with the beginning of farming.”

The archaeologist continues: “Early human populations encountered wild chickpea seeds that were small with thick coats. These traits enabled the chickpea to delay germination to avoid environmentally poor years. In the process of domestication, early farmers selected for larger seeds with thin coats, which facilitated annual production of chickpea crops and a greater source of chickpea meal.”

The archaeologist concludes, “The botanical remains from the prehistoric sites on Mount Ararat provide archaeologists wonderful insight into the domestication processes of legumes in the Near East.” 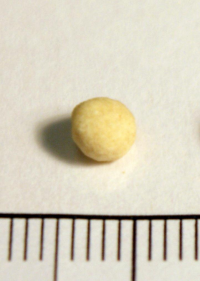 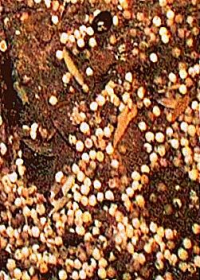