The ureteral stents market accounts for the largest share amongst all segments within the global non vascular stents market with approximately 49.7%.

San Mateo, CA -- (ReleaseWire) -- 03/10/2014 --Persistence Market Research is pleased to announce the addition of a new report to its repository on “Non Vascular Stents (Gastrointestinal (Colorectal, Esophageal, Duodenal), Urological (Ureteral, Prostatic), Others (Pulmonary (Tracheo-Bronchial) & Biliary Stents), Drug-Eluting, Bare Metal & Bioabsorbable Stents) Market Assessment Report - Global Size, Share, Competitive Landscape, Future Prospects and Forecast from 2014-2020”, according to which the global non vascular stents market was worth $518.7 million in 2013 and is expected to reach $741.7 million in 2020, growing at a CAGR of 5.3% from 2014 to 2020.

Initially used only in the vascular system and for cardiology purposes, stents have evolved since their introduction. This new non vascular stents have been now used in the gastrointestinal as well as the biliary and urinary tracts and in the tracheo-bronchial or pulmonary tree. The market for non vascular stents is observed to be driven by increasing incidence of GI tract cancers and tumors, prostate cancers, benign prostatic hyperplasia, kidney and gall stones causing urinary and colorectal blockages and strictures. Major restraints are technological challenges associated with perforations, failed release of stent from catheters, breakage of stent material and others.

In terms of application areas for the non vascular stents market, the market for urological stents was estimated to be the highest in 2013. Urological stents have been used over the past 2 decades to relieve blocked urinary tract and the highly common occurring phenomenon of kidney stones from the bladder. Many people have recurring kidney stones that eventually require surgical intervention such as insertion of stent to treat hydronephrosis or swelling of the ureter. Furthermore, the ureteral stents market accounts for the largest share amongst all segments within the global NV stents market with approximately 49.7%. Major indications for placing ureteral stents are malignant ureteral obstruction, kidney stones and constrictures of other kinds that require interventional methods to treat. The gastrointestinal NV stents (colorectal, esophageal and duodenal stents) market comes second with a market share of over 15% of the overall non vascular stents market. A major driver for this market share has been the increasing use of GI stents in the past few years particularly due to the rising incidence of colorectal and esophageal cancers worldwide.

Please click here to view the report contents in detail...

In the non vascular stents technology market, the market for bare metal stents (BMS) constituted the largest share of the total non vascular stents market at 87% in 2013. Major drivers for this market are the excellent biocompatibility with human organs, high elasticity and strength. However, some challenges associated with BMS are greater chances of granulations, blood clotting, mucus trapping and difficult removal (particularly in case of GI stents). That being said, the market is expected to be challenged by the rising bioabsorbable stents segment and forecasted drug-eluting stents that may soon overcome these difficulties. The drug-eluting NV stents market is expected to grow at a CAGR of more than 14% by 2020.

Geographically, North America was estimated to be the largest market with a share of 33%. Presence of companies such as Boston Scientific, Cook Medical, Allium and Merit Medical has prevented other regions to compete with North America. This is followed by Europe with a key player - Ella-CS contributing to the market from the European region and is currently a leader in bioabsorbable non vascular stents. The Latin America region has observed a significant increase in cases of prostatic cancers and benign prostatic hyperplasia and thus accounted for a share of 12.7% of the global market in 2013. Asian countries particularly Korea and Japan are strong markets with presence of companies such as Taewoong Medical, Stentech, Micro-Tech (Nanjing) Ltd and MI Tech. The Asia-Pacific market is expected to grow at the highest CAGR from 2014 to 2020.

Boston Scientific dominated the non vascular stents market in 2013 mainly due to the high demand of this currently niche product segment, where Boston Scientific has a considerable product portfolio. Other key players in the market include Ella-CS, Merit Medical, Cook Medical, among many other players.

Please click here to view the report contents in detail...

Our understanding about the market persuades us to share the right information with the right reader and save time on decision making. In today’s competitive market world, the decision making of our clients does not merely depend upon their wishes but also on technological advancements and what their competitors are doing or plan to do. This is where we come in existence, with extensive healthcare domain knowledge and statistical analysis background helping our clients with quick and accurate market information. 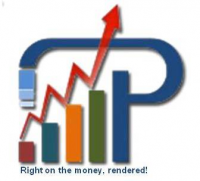