Powerful new approach for the treatment of breast cancer in only five days using radiation therapy.

The Contura Brachytherapy procedure is a partial-breast radiation treatment that allows breast cancer patients requiring radiation therapy after a lumpectomy to be treated in five days, rather than six to seven weeks for whole-breast irradiation.

Radiation therapy is given to most patients who have a lumpectomy for breast cancer, to kill cancer cells or prevent them from reproducing or spreading, reducing the risk of recurrence. Whole breast irradiation uses a radiation source outside the body to treat the cancer site, typically involving daily treatments for six days per week over a six- to seven-week period.

Many breast cancer patients may be appropriate candidates for alternatives to whole breast radiation treatment known as partial breast irradiation or breast brachytherapy, a technique for delivering internally targeted radiation. Breast brachytherapy delivers radiation to the breast tissue surrounding the lumpectomy cavity rather than to the entire breast.

The Contura is a small balloon-based device implanted into the breast to treat the tissue surrounding the cavity left by lumpectomy surgery. After being inserted, the balloon is inflated and filled with saline; vacuum is used to help the balloon fit closely within the often irregularly shaped lumpectomy cavity. Then a radiation seed is sent through five separate “lumens” or channels inside the balloon, allowing the radiation dose to be “contoured” to reach the targeted area.

“The dose is directed by where the seed sits in the balloon, allowing us to concentrate the radiation dose on the tumor area,” explained Heather Zinkin, M.D. “If the seed were too close to the skin in channel one, we might place the seed in channels three or four for a longer time than in channel one.”

Before the introduction of Contura in 2007, balloon brachytherapy was available with only a single channel for delivery of the radiation seed. Some breast cancer patients who were possible candidates for the therapy were excluded because the location of the lesion relative to their breast size did not allow appropriate placement of the radiation seed to minimize radiation dose to the skin, chest wall or ribs.

Contura Multi-Lumen Balloon Brachytherapy was developed to address this problem by using five separate channels to place the radiation seed. It also employs vacuum suction to help the balloon fit closely within the often irregularly shaped lumpectomy cavity, so the targeted areas receive the prescribed therapeutic dose. This innovative method of breast cancer treatment has improved the delivery of the radiation to the breast cancer.

“The multiple channels of the Contura and its vacuum feature help the physician to shape or contour the radiation dose to obtain a more optimal result,” said Richard Byrnes, M.D., “We are able to better target the radiation to the areas in most need of treatment.”

Since 1988, North Shore Radiation Therapy has provided premier radiation therapy services to Suffolk County. The center offers 3-D Conformal Radiation Therapy, IMRT (Intensity Modulated Radiation Therapy), IGRT (Image Guided Radiation Therapy), SRS (Stereotactic Radiosurgery), RapidArc, Prostate Brachytherapy, Mammosite, Contura and Gynecological Brachytherapy. North Shore Radiation Therapy is the most experienced in prostate cancer treatment in Suffolk County. The center is staffed by board certified physicians, and highly trained clinicians with expertise in utilizing the most advanced radiation therapy technology. Located at in Huntington, and Smithtown, New York, the center is open Monday through Friday, and accepts all insurance plans. Appointments can be made by calling (631) 427-2273. You can visit the website at http://www.cancer-radiation.com. 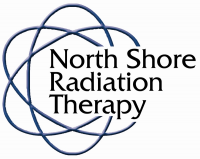