Bronx, NY -- (ReleaseWire) -- 08/26/2016 --Where They Believe Music is a new record company in New York City by Al Pizarro and Manny Gerald. WTB Music is Where they believe in their artist and will help you achieve your goals, they know what it takes in the music industry to make your hopes and dreams come true.

Al Pizarro a former Billboard Magazine Reporter, owner of Sure Record Pool and VIP Record Pool where he was awarded gold and platinum records from Ice Cube, Eminem, Snoop Doggy, Naughty By Nature and Dr Dre. After receiving the best Rap Record Pool in the country from Gavin Magazine from 1996 – 1999. Credited for breaking Sugar Hill Gang and Planet Rock by Soul Sonic force featuring Afrika Bambaataa. Worked with Interscope records under Kevin Black the VP of Promotions which included Death Row, Noo-Trybe , Priority.

Gerald Garcia AkA Juney Boom, recorded Everybody Shut Up with John "Jelly Bean" Benitez. Manny Gerald performed at Studio 54, Copacabana and The Paradise Garage he has been involved with the music industry for over 30 years. He was a staff member of the Sure Record Pool for 3 years he then started a new Record Pool, V.I.P with Al Pizarro, Manny Gerald DJ Career IncludedLa Maganette, Tavern On The Green, Hi – Tide where he had visits from Jennifer Lopez, Hector Camacho, Giants Lawrence Taylor, Ron Strickland, NY Knicks, Johnny O, Judy Torres

With the combination of Al Pizarro and Manny Gerald 30 years of experience in the music industry. WTB Music will give you what you have been looking for and that is a place "Where They Believe" in you! 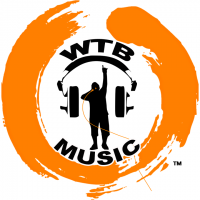