Bloomfield, IN -- (ReleaseWire) -- 02/09/2016 --In the last quarter of 2015, NuAxon's NuroFocus won Better Nutrition Magazine's Best Supplement Award in the Prenatal & Kids' Health category. Better Nutrition Magazine has been around for more than 70 years, reaches over 1 million readers monthly, and is the leader of in-store distributed health magazines.

NuAxon Bioscience, Inc. is the U.S. arm of the prestigious Nisarga Biotech Group. NuAxon is owned and operated by herbalists, scientists, farmers, engineers, and a disabled combat veteran of the US Army. They are focused on bringing a powerful new idea to the world, one that embraces the wisdom of ancient Ayurveda as well as the vision of ultra-modern technology.

The company reports that NuroFocus is ideal for kids with attention issues. NuroFocus contains a patented blend of herbs called NuroLight, which is known to promote healthy brain function, improve memory, and encourage calm focus. NuAxon Bioscience, Inc.'s ingredient Nurolight contains several herbs; Celastrus Paniculatus which is known in India as The Tree of Intelligence, Flax Seed, Bacopa Monnieri, and Rosemary for remembrance. NuroLight has been the subject of double-blind, placebo controlled, human studies. Nurolight was proven to show a significant improvement of over activity and inattention. An overall increase in participant IQ scores was observed and in fact, lowest IQ scores at the end of phase two were higher than the highest IQ scores at the beginning.

Jason Edwards, NuAxon's president and CEO states, "We are more than honored to receive this extremely prestigious award (Better Nutrition Magazine's Best Supplement Award 2015). It's our hope that NuroFocus will become a household name in the near future. We couldn't be more proud of this accomplishment."

Their public relations office can be contacted by phone at 812-762-4400 and by email at media@nuaxon.com or found online at www.nuaxon.com. 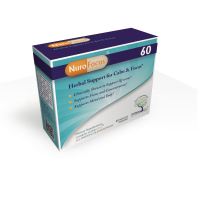