New York, NY -- (ReleaseWire) -- 09/08/2015 --The Mets' ace Matt Harvey has returned for his first season since undergoing Tommy John Surgery (Ulnar Collateral Ligament Reconstruction) in October of 2013. His agent, Scott Boras, requested that the Mets limit his innings pitched to protect his newly constructed elbow. The Mets conceded to limiting his play for the remainder of the season so as to preserve his elbow for the playoffs after some controversy. Although Dr. Leon Popovitz, NYC orthopedic surgeon, did not treat Harvey, he believes that limiting play is a smart strategy.

Medical professionals in the orthopedic realm disagree as to how Tommy John Surgery should affect performance. There are studies that have tracked performance and innings pitched in Major League pitchers after Ulnar Collateral Ligament (UCL) reconstruction but definitive recommendations about innings pitched at this stage after surgery are not absolute.

One major study followed 179 Major League pitchers. This study revealed that pitchers returning from Tommy John Surgery had fewer innings pitched per season versus before surgery. This, though, was not as a result of intentionally limiting the pitchers' innings- many of these pitchers went on to become relief pitchers. Another study revealed that Major League pitchers that underwent UCL reconstruction returned at an average of 18.5 months after surgery with a significant decrease in innings pitched per season. Nonetheless, when comparing to the control group (an expected level of performance in all major league pitchers during a course of 7 seasons) there was no statistical difference.

Enough evidence exists only to claim that the average innings pitched decreases after Tommy John surgery, but it is not clear if this is solely due to the fact that many pitchers become relievers. In addition, a common myth claims that the fastball velocity after UCL reconstruction increases when in fact the average fastball velocity drops from 91.3 mph to 90.6 mph. Velocity for curve balls, change ups and sliders did not change after UCL reconstruction.

"Matt Harvey's agent's request may not have been a very popular one at the cusp of the Mets' first post season in 15 years, but it is an understandable one. It's possible that limiting his usage in the regular season isn't necessary, but the alternative is a risk too great to take. The Mets need Harvey for the playoffs and many years to come," says Dr. Leon Popovitz. 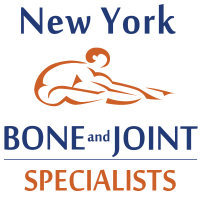 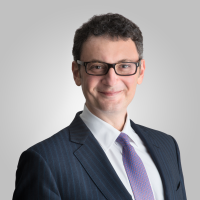