New York, NY -- (ReleaseWire) -- 07/16/2019 --DJ Dirty Vibezs brings his world renown sound to an album with no boundaries. DJ Dirty Vibezs' busy schedule DJing in NYC, at some of their most prominent clubs, has only polished his talent. His amazing knowledge and combination of genres and styles can be heard in many of the City's hottest clubs. For a taste of some of that energy he has mixes online for listeners eager to hear what gets the dance floor in constant motion: https://www.dirtyvibezs.com/mixes.

Being boundless expands beyond sonics: Billboard Magazine recently discovered that EDM started in Jamaica, in the form of Dub and sound systems. Dub music is still very relevant since most of Skrillex's music includes samples from Dub music. This is why Dirty Vibezs believes the concept and title of his new 'NO GENRE' album will bring EDM music home to its roots. On 'NO GENRE' he enlists the help of Kodat, Nevada's rising star in EDM/House and Trap. Their relationship began towards the end of 2018 through direct messages on Instagram, sharing tracks back and forth and working on numerous collaborations. Kodat, who dropped out of college to pursue music, dove in head first and dedicated his life to sharpening his craft.

'NO GENRE,' set to be released August 13th 2019, is mainly EDM, Future Bass & Trap music mixed with Reggae, Rap and Pop Vocals. If fans of music were intrigued by the combination of Country and Rap on the hit, 'Old Town Road,' then they should prepare to unravel another musical mystery with 'NO GENRE.' It is an amalgamation of everything exciting in dance music. 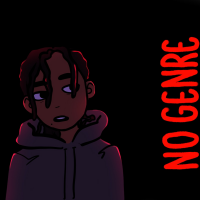