Odyssey of Chaos, a New Novella, Depicts Courage and Betrayal During Nazi Occupation of Greece

San Carlos, CA -- (ReleaseWire) -- 05/01/2017 --B. Bennett Press today released Odyssey of Chaos, a new novella by Alan Fleishman. This compelling piece of historical fiction tells the story of Jews caught in Nazi-occupied Athens, Greeks who tried to save them, and those who betrayed them.

So many stories have been told of the Holocaust that we have become numb to the horror of it. So why write another one, author Alan Fleishman was asked. "Because for me, it's personal. I have cousins in Athens who were among the handful of Greek Jews who survived. Some of my cousins were hidden in a cellar by a shepherd, aided by their Christian friends. Other cousins were with the partisans fighting the Germans, and some perished in Auschwitz." In spite of all the Holocaust novels, non-fiction, movies, and documentaries, few know the story of the suffering in Greece. Nearly ninety percent of Greece's Jews perished, the highest percentage of Jews lost in any country.

Odyssey of Chaos opens with the Gestapo pounding on every door in Athens, seeking out the Jews. Theo Kantos, a dress shop owner, has a desperate choice to make if he is to save his family. Does he trust the most despicable man he knows to hide them? Or does he place his life and the lives of those he loves in the hands of a communist? And what does he do about his obstinate brother who always has to have the last word?

Fleishman's latest work of fiction includes six contemporary short stories in addition to the title novella. In these stories, Fleishman explores new territory, both in style and in subject, to the benefit of his readers. All have one element in common: they are about singular unexpected events and choices which alter the course of our lives and form who we are: A little boy wants a new father. A truly ugly man encounters a charming younger woman. A veteran returns home from the war, a hero to everyone but himself. A woman finds a long-lost lover in a compromised condition. A man discovers there are times when too much money still isn't enough. A domineering mother works overtime to control her compliant son.

After many fruitful years as a businessman, Alan Fleishman started a new career as a novelist at a time most people are retiring. The writer was quite surprised by the success of his first novel, Goliath's Head. Even greater success came with his second and third, A Fine September Morning and Lara's Shadow. In these stories and Odyssey of Chaos, Fleishman chronicles the staggering Twentieth Century Jewish history, from persecution to tragedy to triumph. His intense novels are rooted in hard fact and driven through well-imagined characters.

Fleishman's promotional appearances are unlike typical authors' readings and book signings. To promote his books, he uses his marketing experience to deliver engaging multi-media presentations about the history that underpins each of his stories. He has delivered his presentations to enthusiastic audiences at public libraries, universities, synagogues, churches, book clubs, bookstores, and Jewish Community Centers from California and Arizona to Florida, New York, New Jersey, and Pennsylvania.

Odyssey of Chaos is available for purchase at the following e-tailers: Amazon, Barnes & Noble, Apple's iBooks, Lulu.com, Smashwords.com, Powell's, and many other e-tailers. It may also be purchased through nearly all retail bookstores. It is available in hardcover, softcover, Kindle, and most e-reader formats.

Visit http://www.alanfleishman.com to read an extensive excerpt and more about the author's Greek cousins Holocaust survival. 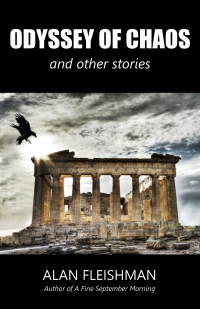 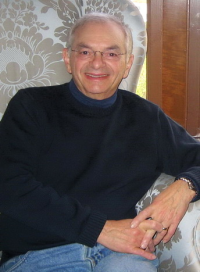