Oil Discovered in the Florida Everglades

Following the German U-boat Assault in the Gulf of Mexico

Pensacola, FL -- (ReleaseWire) -- 08/16/2019 --The people of Everglades City, FL found themselves located between a wildcat oil well drilling in the Everglades and the German U-boat assault in the Gulf of Mexico.

After the German U-boat assault in the Gulf of Mexico blocked the flow of crude oil to the northeastern refineries, the United States government encouraged oil drilling in South Florida. Sunniland encapsulates this historical phenomenon, hidden in the WWII backdrop, and intertwines it with a collection of fictional characters to create a rich historical fiction novel of interest to Floridians, WWII enthusiasts, historians, and individuals in the oil drilling industry.

Set in the mesmerizing Everglades, an isolated village exemplifies the culture of the Deep South in the middle of the twentieth century. Additionally, the regional characterization in the novel is an immensely rich focal point, and, as Dr. Andrew K. Wojtanowicz stated in his review of Sunniland, "… a parade of characters representing American society of the times …. the American dream career …. the urban sub-culture of Little Italy from Queens …. the Cajun culture of South Louisiana …. the local culture of Everglades' marshland … isolated from the rest of the world."

The launch party for Sunniland will be Aug. 25nd, 2019, at Haslan's Bookstore in St. Petersburg, which will follow a presentation by the author, Dr. Sears, at the St. Petersburg Museum of History on Aug. 22nd, 2019.

About Dr. Stephen O. Sears
Author Dr. Stephen O. Sears' interest in the German U-Boat campaign originated in 2001, when he was on an oil field vessel that discovered the sunken U-166 on the Gulf of Mexico seafloor—in mile-deep water—near the wreck of the torpedoed freighter Robert E. Lee. More on Sunniland's historical and geological background, and how to purchase the book, can be found on his website, http://StephenOSears.com. 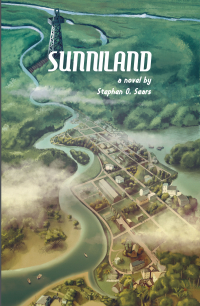