Camarillo, CA -- (ReleaseWire) -- 06/15/2015 --Old New York Deli is creating a buzz with its all-natural and organic menu. Diners insist it is the best deli (delicious) food they have ever eaten. With two stores, and one cafe franchise (for the moment), Old New York Deli prides itself on its original recipes and combinations. All menu items are made with the best and freshest ingredients available.

Owners state, "We have a unique business concept that offers a traditional, "Old New York Deli" style eatery and bakery with a modern twist, giving customers a familiar but new dining experience." Part of that experience is becoming known for their daily fresh baked bread. Diners agree that they would buy loaves of Old New York Deli bread. Bakers at the deli really do wake early, starting their ovens at 2:00 a.m. They also make all bagels and other items from scratch each day.

The more popular deli/bakery stores, like Panera and Corner Bakery, are the main competition when it comes to increasing the number of Old New York Deli storefronts and franchises. Growth is imminent with the cornerstone of the business being the active ownership and a style that creates unique and tasty treats for all ages.

Breakfast, lunch, and catering provide customers a wide variety of fresh food. All beef is certified Angus, chicken is antibiotic and growth hormone free. All cream cheeses, soups, and salads are made from scratch. Old New York Deli has a signature blend of coffee that is 100% locally roasted in California, and the beer on hand is a select craft microbrew. All eggs served and used for baking are free-range brown eggs.

It is clear to see why Old New York Deli is making a name for itself in this California community. The potential franchise has become familiar with the brand and the undeniable quality of menu items; they make the choice of choosing Old New York Deli easy.

About Old New York Deli & Bakery Co.
Since its conception in 1994, Old New York Bakery and Deli, has expanded to include two corporate stores, as well as a franchise. It has garnered a positive reputation due to its delicious food, and amazing experience, leading its franchise to inherit the same reputation. 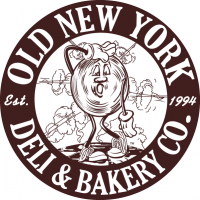