GE Johnson Construction performed the $ 57 million project at the historic Broadmoor Hotel. The project involved a full “gut” renovation down to slab and rebuild of the entire stand-alone hotel. They also added 31 rooms to the building. The 26 week schedule was extremely aggressive, but GE Johnson hit it with help from Oldcastle Modular’s prefabricated bathrooms, which were a critical part of their strategy.

The prefabricated bathroom pods, manufactured and outfitted at their Madera, CA plant, were shipped to the site and slid into the structure from the side, prior to erection of the façade. The ability of Oldcastle Modular bathroom pods to accelerate the project schedule was just one of the reasons GE Johnson included them in their integrated approach. Additionally, a hotel of this caliber demands a high level of finish. The factory controlled environment, where Oldcastle fabricates the bathroom pods, facilitates automation, precision, and strict quality control. The manufacturing environment of the factory allows Oldcastle Modular to deliver a superior finished product.

As stated by GE Johnson Construction:
Steve Bartolin, President and CEO of the Broadmoor, praised every member of the project team for this one-of-a-kind undertaking. Bartolin said, “A project like this doesn’t get done to this level of quality without a lot of talent and expertise. That’s what we saw here.”

Oldcastle is proud to have been a part of the team assembled for the renovation of the Broadmoor West hotel. The Broadmoor reopened on May 16, 2014 after a six-month renovation. Continuously completing projects which are new builds, this was Oldcastle Modular’s first contract for a hotel renovation project.

About the Broadmoor West
The Broadmoor West project is part of a $120 million investment by the Denver-based Anschutz Corp., which bought The Broadmoor in 2011. That investment includes the addition of three wilderness retreats on sites away from the hotel, a new fly fishing school on the main hotel property, a new entertainment center already completed at Broadmoor West and improvements to the Golden Bee and Tavern restaurants.

About Oldcastle Precast
Oldcastle Precast is the clear choice for building products and services for North American Infrastructure projects. The company is a leading provider of engineered product solutions nationwide to a number of market sectors including: 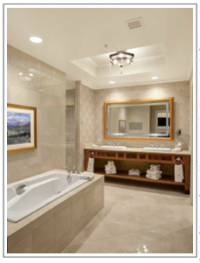