One Small Device for Air Purification, One Giant Leap for Breathing Pollution-Free

Tokyo, Japan -- (ReleaseWire) -- 01/03/2019 --Capable of detecting the quality of air, reporting on it and then purifying, the small but intelligent Ionizo device is a portable, filterless air purifier meant for the digital age. Built to be taken on-the-go, the Ionizo essentially filters the quality of air around you, using its smart tracker and an innovative ion-based purification system that harnesses the power of technology in the fight against pollution. The result is a breath of fresh air — in ideation, design and function.

From concept to console, every step of the Ionizo's revolutionary new design is methodical, intentional and powerful, a marriage of talents in R&D and industrial design. Packaged within the compact 60g ion-purifying system is a built-in tracker that continuously monitors the quality of air around its wearer, adjusting flow of ions according to real-time readings. Taking full advantage of ion technology, the Ionizo device generates 1,000,000 ions per cubic centimeter in every second, trapping pollution in the wearer's immediate surroundings.

The filterless system relies on a steady, environment-sensitive release of negative ions, which then attach themselves to air pollutants. Since floating pollutants like dust, allergens viruses and pollen are positively charged, the negatively-charged ions weigh these airborne particles down. Ion technology also affects micro-particles floating around the vicinity of the respiratory system and the surface of the body, blocking inhalation and relieving the breathing passages of the body quickly and easily.

This simple yet effective technique enhances the quality of life for both the wearer and those in the vicinity. On the one hand, using the Ionizo can help clear up issues like rhinitis while sleeping. But it's also powerful enough to affect its surroundings, clearing up issues like mildew and tobacco smells in enclosed places like the user's car. Yet it's not just the technology behind the system that makes this a functional companion. The Ionizo's design is created to mimic "smart" technology like movie phones and digital personal assistants — except that this "personal assistant" is focused entirely on monitoring and then improving air quality.

Built for portability as well as durability, the Ionizo Technology plans to begin shipping of its sleek and compact, portable air purifiers between April and May of 2019. Ionizo is maintaining a "stretch goal" through its Kickstarter campaign to innovate further on design, extending its use through add-ons like a stand.

For now, the nascent project has 11 levels of backing that range from a $5 USD for a set of prototype design sketches, the initial level of contribution, to an early bird pricing of $69 USD for the Ionizo unit itself, a lanyard and a handy USB C cable for charging. This early bird pricing gives the backer a 45% discount on the full retail price of $129 USD. All deliveries of the unit, through the multiple tiers of backing, ship anywhere in the world. Of course, this is useful, given the prevalence of pollution and the powerful solution Ionizo technology offers on-the-go. 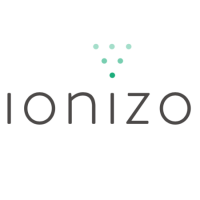