The coloured chino trend is proving to be unstoppable this summer and jaws are dropping with the outrageously sexy prints of this season’s provocative t-shirts. Online men’s clothes store www.stand-out.net fill us in on the hottest trends of the summer.

Rayleigh, England -- (ReleaseWire) -- 06/22/2012 --According to men’s fashion store stand-out.net, the menswear trend for chinos is going stronger than ever for the summer 2012 season. This versatile men’s wardrobe staple is being backed in a huge way by all the big designer brands this summer, from Religion Clothing to Original Penguin to Wrangler to Gio Goi. Roger Martin at stand-out.net explains the appeal of chinos for summer menswear: “Chinos provide a versatile and flattering alternative to jeans and shorts. They’re warmer than shorts and lighter than jeans and they come in all colours. They’re perfect for the unpredictable weather of the standard British summer.”

As well as the original stone colour, chinos are flying off the shelves in navy, green, and this season’s must-have: red. Chinos can be dressed down as beachwear with a summer shirt, or dressed up with an on-trend printed tee for the clubs, and they look bang on teamed with Havaiana flip flops or the Rivieras espadrilles which are so big in men’s fashion this summer. Whether straight leg or tapered, skinny fit to carrot chinos, it looks like this super versatile menswear trend is here to stay for another season.

Whether you’re heading for the clubs and beaches of Ibiza or staying at home for the holidays, another key summer menswear trend spotted by the guys at stand-out.net is the provocative print t-shirt. These sexy print tees featuring gorgeous ladies and provocative slogans are not the sort of thing you’d want to wear to visit the girlfriend’s parents for the first time. Championed by designer brands such as Cross Hatch, Gio Goi, Cuckoo’s Nest and Religion, these x-rated t-shirts are perfect for hitting the bars and clubs or chilling on the beach with the lads. “For both clubwear and beachwear, provocative t-shirts are going to be a key look this summer,” says Roger at stand-out.net.

Many of the designer brands like Religion and Gio Goi are getting behind this trend, teaming sexy photographic imagery with provocative slogans that transport you straight to the cutting edge clubs of Ibiza. According to stand-out.net, sexy print tees will prove to be one of the essential summer menswear items for 2012, whether in the clubs of Ibiza or at the coolest bars and hottest barbecues of Great Britain.

For a great range of provocative print tees as well as a glorious array of technicolour chinos, visit www.stand-out.net 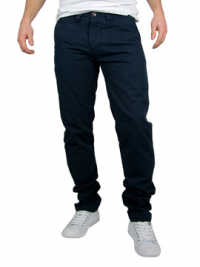