Brooklyn, NY -- (ReleaseWire) -- 08/01/2018 --While this is read, three women will be sexually abused. It is a chilling statistic that is, unfortunately, not inclusive of abused women living in emerging and underdeveloped countries. This forms both the nexus of healing and the driving impetus for Openletr, a social app geared towards survivors of rape, assault, and abuse.

Openletr, a social app founded by Fatima Bocoum, sees itself as a women-only safe place with a dual purpose. First, to provide an anonymous space for women to share and receive support freely, thus come forward without any additional pressure, judgement, and shaming experience. And second, to enable women to connect with one another, and be part of an empowering tribe.

Drawing from the impact of her sexual abuse, Fatima Bocoum believes the best path to empowerment is cultivating a strong community of support, and abolish the shame and isolation around the experience of violation. And if the trending status of the Openletr GoFundMe campaign is anything to go by, many women have expressed their agreement.

The Openletr social app is not only a space for women to connect with one another, Fatima Bocoum wishes to entirely shift course on the ship of women's narrative more broadly. The app, as a digital space, can be easily accessible by millions of women around the world regarldless of race and nationality. "Anxiety was constant," confesses Bocoum of her experience. "But, on the other hand, some women reached out. Relating to my story, they confided in me, and together, we secretly uplifted one another. This was the best help I received and for which I am extremely thankful."

Openletr GoFundMe campaign is seeing a steady inflow of donations from both friends and anonymous strangers. The campaign has a goal of $50,000 and has managed to raise north of $900 to date. With the ongoing development of Openletr, Fatima Bocoum hopes to reach women in developing countries as well. "It is not easy to make the case for women, as seen throughout history. We must fight for every aspect of our wellbeing, but I know there are some people who genuinely care about the betterment of society. And that is what truly matters in the end, finding the ones who believe," notes Bocoum.

About Fatima Bocoum
Fatima Bocoum is a Chinese-born Malian citizen, who grew up in Libya and Saudi Arabia. Born to a family of diplomats and one of the most selective tribes in Africa that perpetuates consanguineous and intra-tribal marriages of girls as young as 14-years old, at a young age, she realized that cross-generational divide with respect to socio-cultural dynamics leave many women marginalized and unfulfilled given their inability to make choices solely based on their will. With a B.A. in Communication and New Technologies from Fordham University, Bocoum dedicated her education in the intersection of the digital and society, particularly, how technology can be utilized to better human lives.

The campaign touts itself as being about "compassion, selflessness, collective consciousness, and women rights." While 90% of adult rape victims are female, less than 40% will ever seek help of and the ones women tell themselves about their self-worth. 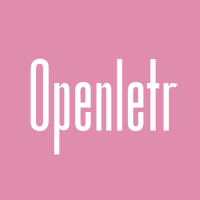