Answering censorship with cryptocurrency and the catastrophic implosion of media, as usual, onG.social announces the July launch of a new way of life. Already creating buzz as the most exciting ICO of 2017, the time-tested site will debut the first incentivized social dashboard for the blockchain.

Kirkland, WA -- (ReleaseWire) -- 06/16/2017 --Sounding the battle cry, "Achieve More Together!" onG.social is set to launch their own game-changing ICO. Call it the great media equalizer, or call it on time, but onG.social is determined to reward community members' contributions and pay them for it in cryptocurrency. Already equipped with hundreds of thousands of active users, the visionary company brings a track record accustomed to suiting up to show up. Now endeavoring to use cryptocurrency incentives, that can either translate to cash or use as influence tokens on the platform, onG.social takes a power position. Believing that community members should benefit, for any meaningful contribution they make, the platform is first incentivized social media dashboard to market with a timely solution. Think, "Power to the people!" Community members will soon get paid in cryptocurrency to post with blockchain based security while status quo social media sites lose their regulatory control. Now think, onG-Coin ICO.

Larry Christopher Bates, Chief ICO Officer of OneName Global, Inc. said of the monetary and humanizing potential of free speech, "More than ever people are having to worry about their future on social media platforms. Too many talented people are being squeezed out of their hard work, and carefully crafted content by profit-driven algorithms meant to silence their opinions. That is not what we believe in at all. We're here to assure that real news makes it to the worldwide stage curated at the hands of those who live it, in real time. Their hard work matters. Now they won't be subject to random or targeted shut-downs. And their bottom lines won't be adversely affected."

So how does it operate?

With onG.social, users see all existing social feeds via stream aggregation and can thereby distribute content simply; without having to completely abandon the existing systems already in place. As a result, onG.social allows people to connect and post to standard social networks such as Facebook, Twitter, Linkedin, and YouTube. Dually, by moving to the blockchain, they also include API's to decentralized networks such as Steemit, Akasha, Golem, MaidSafe, and others.

Once ICO is in place, and the platform is updated, a special emphasis on a weighted compensation algorithm called Gravity ™ will be employed. It measures and rewards community verified truth and overall global impact for each post made to social media. Honest forum anyone?

Creating, even more, a reason to use onG.social, users have the opportunity to earn additional types of cryptocurrencies all at once. For instance, the one-stop-shop platform will provide access to STEEM dollars, GOLEM Network Token(GNT), SAFECOIN, and STORJ tokens. All this while earning onG.social currencies. Those currencies include onG-Coin, G-Fuel, and G-Bucks.

So what's the blockchain "medium" to be used?

onG.social will be the 2nd company in the world to provide a dual blockchain release on both Ethereum and WAVES platforms.

Ethereum. Widely-known as one of the most versatile blockchains available, the ERC20 standards set a precedent in the blockchain world for creating a token with a tested rule set. This standard allows onG to analyze and modify the algorithm that distributes its token. At the same time, it will not compromise the security layer of the token itself. This allows for incredible growth without compromising stability.

WAVES. A decentralized, comprehensive and auditable blockchain ecosystem that provides all features necessary for ease of use and mass adoption. The WAVES encryption platform is primarily designed to support the issuance, trade and exchange of digital assets/tokens via the blockchain and is characterized by its emphasis on usability and utilization of Proof-of-Stake as its' consensus algorithm.

A dual blockchain release of this nature includes a number of benefits, including redundancy.

Who's at the helm?

Piloted by Delaware-based OneName Global, Inc., with a market value of $25 million and a pre-ICO company valuation at $1.00 per share, onGcoin is already ahead of many ICOs. Live now, onG.social is a tested and proven platform. Thus the highly- functioning product will be taken directly into the blockchain before an ICO increases its value significantly. So says, heavy-hitting forward-thinkers like IBM who has incubated onG.social since 2014 in their Softlayer pilot program.

Bates adds, "Simply stated, we're offering a safe incentivized platform without restrictive algorithms. We have a working product, we have hundreds of thousands of users, and we are rapidly picking up momentum. Now, a point of view from a crowd that's brave enough to offer a response to the mainstream media, and also the tools to allow meaningful contributions. No more fake news. We want to cultivate an informed and informative community with cryptocurrency rewards in hand. Social media was originally meant to bring us together as a global community, without losing our individual identities. We are the platform that delivers on that promise." 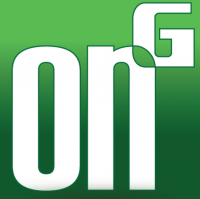 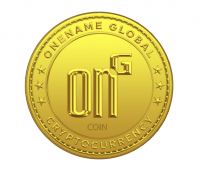