After completing its preliminary investigation, the Oklahoma Highway Patrol recently issued a statement regarding an accident that occurred in Tulsa, OK on March 28, 2020.

Tulsa, OK -- (ReleaseWire) -- 04/03/2020 --According to the report, a female driver who was headed northbound on County Road 610 decided to make a U-turn to head in the opposite direction. The maneuver was legal based upon signage at the intersection, and OHP stated that the woman did use her turn indicator.

However, just before she executed the U-turn, another vehicle approached from behind the woman's car. OHP indicated that the man driving the vehicle was following too closely at a dangerous speed. The tailgater was unable to swerve and avoid an accident when the woman turned, and he crashed into her vehicle. The woman and her passenger, both hailing from Kansas, were flown via Tulsa Life Flight and admitted to a local hospital in stable condition. The man was not injured.

Because the two injured victims are residents of Kansas, the recent accident raises important questions about their rights with respect to the tailgating driver. Charles Bryan Alred, founder of the Law Firm of Charles Bryan Alred, PC in Tulsa, OK, shed some light on the issue of car crashes that involve out-of-state residents.

"Well, it goes without saying that these injured victims need to retain legal counsel right away. The first step in getting monetary damages after an auto accident is filing a claim with an insurer, and these companies are notoriously difficult to work with. But it's the next step where it's absolutely critical to retain an attorney in the jurisdiction where the accident occurred."

Mr. Alred referred to filing a lawsuit when settlement negotiations with an insurance company fail to result in fair compensation for victims. "When it comes time for litigation, you need a local lawyer. The law requires you to file a civil suit in the court where the crash happened. For these victims, that means hiring a car accident attorney in Tulsa County, OK."

He provided three reasons that out-of-state residents should work with local counsel when they are hurt in a motor vehicle crash in Oklahoma.

1. An in-state lawyer knows the state laws that impact car collision cases, such as those regarding fault and contributory negligence;
2. Attorneys who practice in the jurisdiction where the crash occurred will know the procedural rules that apply in a specific court; and,
3. Clients may be charged for travel time when their lawyer goes to court and related tasks adding significantly to legal fees. 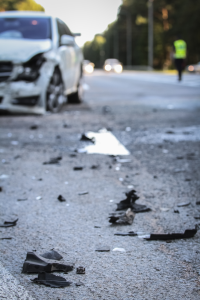