As the prevalence of video games continues to grow, one developing team, Left Brain Games, has foreseen a charitable application embodied in its latest game: Outpost.

Torrington, CT -- (ReleaseWire) -- 10/05/2016 --The video game industry has just reached a value of nearly one hundred billion dollars.(*) Sadly, much of this money is brought through microtransactions that yield an empty feeling of wasted time and money once the game falls out of fashion. Now imagine if these passive profits were put towards a more productive and charitable cause. This is where Outpost by Left Brain Games fills its niche. Throughout the game players will be able to donate to budding non-profits, learn about relevant issues, and be thoroughly enthralled by diverse gameplay.

The game itself features a exploration, survivalist level of gameplay similar to a Real Time Strategy (RTS) game. In this side of the gameplay, users will build shelters, resource producers, and more to survive and eventually grow a civilization. But there is a catch. In order to progress, players will delve into smaller, more contained gameplay, involving traditionally entertaining minigames like three in a row variants. Additionally, the items within these minigames are themed to the current setting, connecting the two levels of entertainment.

As the player interacts with Outpost and progresses, they will be greeted with opportunities to learn about relevant material such as third world countries that are in the same process of developing as the user. Simultaneously, players are able to donate to related charities, making differences within the game as well as real life. In this way, money used to progress more quickly or unlock new aesthetics will have a second effect, helping non-profits.

Sadly there is one thing holding back the production of Outpost: funding. Left Brain Games wants to keep the game free to play, leaving in-game purchases to profit partnered non-profits. To achieve this goal Left Brain Games has launched a seventy thousand dollar crowdfunding campaign. Backers will be treated with rewards ranging from a sneak peek of the game to deciding a character's appearance in the final production. And contributions can be more than just monetary, simply sharing the news with a friend is an incredibly significant donation in itself. With the support of readers Outpost has the potential to revolutionize the way that charities raise funds. Help support the movement today.

About Left Brain Games
Left Brain Games was founded in 2003 by Andrew Keplinger who set out to teach through games. The company truly believes and has proven that learning can be fun. Today Left Brain Games has expanded to other noble goals through Outpost: a game with the potential to change the world.

To learn more or back the campaign visit the Kickstarter campaign page. 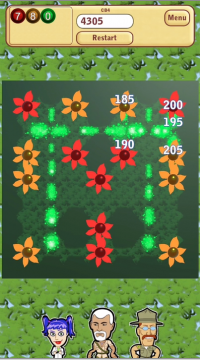 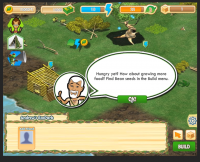 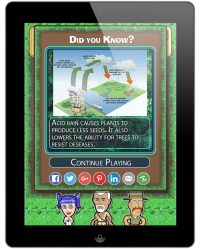