Over $350,000 Jury Verdict Won for Florida School Teacher Who Was Victim of Dental Malpractice

Fort Lauderdale, FL -- (ReleaseWire) -- 10/12/2018 --Medical malpractice attorney Lisa S. Levine won a jury verdict of over $350,000 for Jean Hanna, a Florida school teacher who suffered injuries because of a dentist's negligence in performing a 3-tooth bridge.

"The two teeth that were holding up the bridge were crowns, and unfortunately one of them had a weak foundation and needed crown lengthening to really make it sturdy. That wasn't done," Levine said. "The top of the bridge was going to be a pontic (fake tooth), and he never did any type of bite studies to make sure it was going to be sturdy enough to hold up. When he went to put the bridge on, he never cleaned the decay on the existing teeth, so the whole thing deteriorated and fell apart."

Levine filed a dental malpractice lawsuit on behalf of Hanna against the dentist, Justin Martone, and Apple Tree Dental Care for a failure to remove tooth decay before cementing a 3-tooth bridge and crown, as well as failure to do crown lengthening, failure to do pre- and post-cementation films, failure to do study models and failure to consider occlusion issues.

"Jean lost two foundation teeth -- one of which was a good tooth, the other just needed a crown lengthening -- and eventually had to have three implants," Levine said. "When she went back almost a year later, the Defendant admitted that he never took off the decay. He should have said, 'I made a mistake, let me fix it for you.' He didn't."

"Jean is a wonderful woman. She was a single mom at the time; she's a school teacher, and just an outstanding citizen in our community, and she was done wrong," Levine said. "I'm so thrilled to be able to help right that wrong."

About Lisa Levine
For more than 30 years, Florida personal injury lawyer Lisa Levine has devoted her legal career to championing the rights of men, women and children who have suffered because of negligence. She is a nationally recognized medical malpractice attorney who helps victims of all types of medical negligence to recover maximum compensation for their injuries, medical bills, lost income, pain and suffering, and more.

If you were injured by medical malpractice anywhere in the United States, contact Lisa S. Levine, P.A. today to schedule a free consultation. 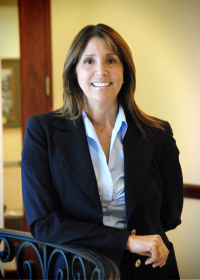