Houston, TX -- (ReleaseWire) -- 03/04/2016 --Using gluten-free and dairy-free gourmet meals as a working principle, the Primal Skillet announces their latest success story. Lauding the paleo lifestyle, and those who swear by its health benefits, the company advances the cause.

Jared Ogden, a combat decorated Navy SEAL, is the new Primal Skillet brand ambassador. He has lost 20lbs with the high-protein food delivery service. Proving that everyone with a desire to go paleo can do it with Primal Skillet, the company breaks new ground.

Offering the marketplace a rarity, fully-prepared healthy gourmet meals delivered fresh each week, Primal Skillet is a wholesome option in a sea of unhealthful choices. Delivering to twenty-two states via Fed-Ex, the service provides meals made with healthy saturated fat. Proteins include beef, pork, lamb, fish, shellfish, and chicken. Various fruits and vegetables are incorporated to "take the boredom out of clean eating" and replace it with guilt-free options chosen from an ever-changing menu.

Ogden, who once out of the SEALS became a full-time business man who "fell off the wagon" by eating unhealthfully states, "I have to be honest, I couldn't believe it when meals such as garlic chicken wings or Kansas City strip steak showed up at my door. I was so happy the food was so delicious. Who doesn't want to lose weight and feel better with bacon-wrapped meatloaf and smashed red potatoes he didn't have to cook? I'm thrilled to lend my name to such a great company."

So aside from the convenience of having healthful gourmet meals delivered weekly to one's doorstep what does Primal Skillet mean to the consumer? It means better cell and brain health, better digestion, fewer food allergies and more energy for a start. And as the new Primal Skillet ambassador can attest, weight loss can be a remarkable benefit as well.

About Jared Ogden
Growing up in the suburbs of Atlanta, GA from a young age, Jared has always been an outdoor and wilderness enthusiast. His enthusiasm for the outdoors and adventure manifested itself through his earning the rank of Eagle Scout, graduating from the United States Naval Academy, and becoming a Navy SEAL. After graduating from BUD/S (Basic Underwater Demolition / SEALs) Class 265, as SEAL Officer, he's lead some of the most talented war fighters in the world in highly kinetic operations against terrorists organizations. Among other military awards, he is the recipient of the Combat Action Ribbon and Bronze Star with "V" for Valor. Upon his Honorable Discharged from Active Duty in February 2012, he remained engaged in the Defense Industry until early 2015 when he started his own consumer products company, Triumph Systems. 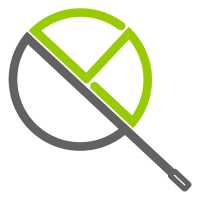 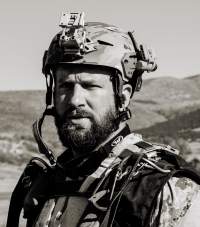 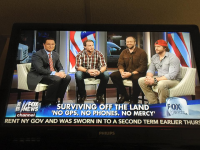 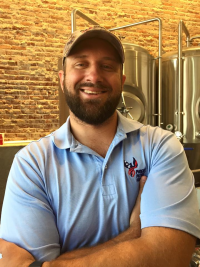