US Home Buyers: How Did the Cookie Crumble in 2013?

Park City, UT -- (ReleaseWire) -- 03/19/2014 --The year 2013 saw a fair amount of home buying. Predictably the bulk of the US-wide home (65% of the total number of buyers) consisted of primary residence buyers. These were people who bought a home to live in. 24% bought for investment purposes which implies that they would rent out or hope to resell later at a profit. The remaining 11% consisted of those who wanted to own a vacation home of their own.

If we analyze the demographics of those who bought homes we would see some interesting, but not entirely unexpected facts. The average age of a home buyer was 40, that of an investment buyer 45 and lastly that of the vacation buyer 47. This makes eminent sense in that it delineates the priorities of the average buyer at various stages in life. Interestingly a large proportion of all the three type of buyers are two income earners. The percentage figures respectively for home buyer, investment buyer and vacation buyer are 49, 48 and 48.

In terms of the race and ethnic profile of the buyers 84% of the primary buyers, 75% of the investment and 78% of the investment buyers are white and Caucasoid. The next biggest group of buyers is the Asian/Pacific Islander segment who respectively comprise 7%, 14% and 10% of the primary, investment and vacation categories. The Black/African Americans pick up 6%, 8% and 10% of the homes respectively of the three categories. Hispanic/Latino group who make up 4% of the buyers in each of the three categories. How these groups stack up against each other has a lot to do with the population numbers, the income levels and possibly some social factors like education and status.

For people to move into the investment and vacation home buyer category, they need to have reached a certain stage in life. Typically they would have a stable source of income, their own house to live in and a decent disposable income. Most people would be expected to reach such a station in their forties, though much also depends upon the state of the economy at a given time. Higher incomes can lower the age of the buyer and vice versa. In 2005 the typical age of an investment buyer stood at 49 while that of a vacation home buyer was 52. In 2006 this fell sharply to 39 for the former and 44 for the latter. By 2008 the age of the investment buyer had again risen to 47 and that of the vacation home buyer had stabilized at 47. After peaking at 50 for both the categories in 2012 the ages for investment buyers and vacation buyers respectively reached 45 and 47 in2013. These figures on close analysis do to a major extent mirror the market scenarios prevailing in the market at that point of time.

If we use a different yardstick like income to study the impact on buying patterns of investment buyers and vacation buyers between 2005 and 2013, we would again get very revealing insights into the motivation that drives such purchases. In 2005 people with an income of $75,900 would consider buying a home as an investment and only after they reached an income level of $80,600 would they possibly think of buying a vacation home. By the next year we see the first figure climb steeply to $90,259 and the latter one to $102,200. Investment buyers peaked at about $92,900 in 2007, just a year before the financial crisis dropping to about $82,000 in a year’s time. This recovered a bit in the following years before settling back at the same level by 2013. The vacation buyers figure on the other hand started steadily falling after the high of 2006 to about $97,000 in 2008 after which it sharply fell to about $88,000 in 2010. Thereafter it recovered sharply to touch 100,000 in 2011 to again fall to $89,999 in 2012. In 2013 the level reached was $92,100. The far greater volatility seen by vacation buyers is understandable as buying vacation homes would have lower priority for most people than buying a primary home or buying property as an investment.

The fact that the investment buying maintained a fairly stable trajectory from 2008 right up to 2013 is indicative of gradual return to stability by the housing sector after the mauling received during the housing sector crisis. If things continue in this vein, going forward one might see less volatility even in vacation home buying. 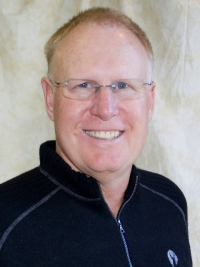