Philadelphia, PA -- (ReleaseWire) -- 02/01/2018 --A Philadelphia company is using its printing presses — and its Eagles spirit — to rev up fans before the big game. "It's our time now," said Barbara Gibbs. That's the feeling Eagles fans are soaring on, ready to take on the New England Patriots at the Super Bowl. "Oh, it's very exciting! It's been a long time coming and we're going to win," Gibbs added.

Fueling the excitement even further is free team spirit! "I would say a few hundred a day we're giving out," said Christine Ramos, owner of M3 Printing. Ramos says the hometown copy shop decided to do something special for Eagles fans by giving away free posters that say "Fly Eagles Fly." "We're super excited," Ramos said. "My entire family is excited. This is a big deal! The Super Bowl party is going to be humongous at the house." It seems being the underdog can even cause former Pats fans to change their allegiance!

"I'm just excited to see the Eagles go head to head with the Patriots. They've won a lot of Super Bowls and I think it's time for the Eagles to get a chance," said Alex Nordquist of Northern Liberties. Nordquist grew up in Boston. While her entire family roots for the Patriots, she says she'll be rooting for the Birds."I don't think I'm going to get too disowned," she joked. 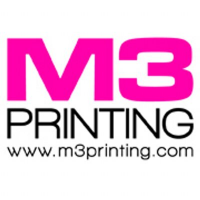