In his latest book, Philip Bigler tackles the dark side of the American Dream, the saga of rags-to-riches-to-rags in just three generations. It is the tragic, albeit all too common, story of a promising heir battling family and society’s expectations and losing it all.

Quicksburg, VA -- (ReleaseWire) -- 06/05/2015 --Celebrated author, historian, and educator, Philip Bigler, reveals the painful truths about the struggles, schemes, and dreams of John Payne Todd in his book, Scandalous Son: The Elusive Search for Dolley Madison's Son, John Payne Todd. Payne Todd was Dolley Madison's only surviving child and thus the sole heir to the historical legacy of his famous family. He has been too often dismissed as a pathetic alcoholic, a mere footnote to history, but the author persuasively argues that Payne's story is a fate commonly suffered by the children of great parents.

"I have been my own worst enemy." Bigler considers his book to have been "an elusive search" since as an adult, Payne Todd disappeared for months at a time, his whereabouts unknown. Bigler skillfully places Payne Todd's life into its proper historical context. Scandalous Son is history as parable, a precautionary story of unearned fame and inherited status.

About Philip Bigler
Philip Bigler is the author of nine top selling books including: In Honored Glory: Arlington National Cemetery, The Final Post; Hostile Fire: The Life and Death of Lt. Sharon Ann Lane; and Teaching History in an Uncivilized World. Widely recognized for his innovative teaching methods and classroom activities, Bigler was named 1998 National Teacher of the Year at a Rose Garden Ceremony hosted by President Bill Clinton. In 2001, he was appointed the Director of the James Madison Center at James Madison University and served in this position until his retirement in 2010. He has served as an on-air historian on the History Channel and has been a featured guest on such programs as Nightline with Ted Koppel and Late Night with David Letterman as well as on CNN and Fox News.

Scandalous Son: The Elusive Search for Dolley Madison's Son, John Payne Todd is scheduled for release on June 4, 2015. The book is published by The Apple Ridge Publishers. Additional information about the book and the author is available at www.scandalous-son.com and at www.appleridgepublishers.com. 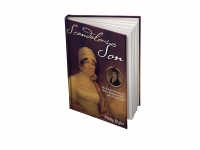