Winnipeg, MB -- (ReleaseWire) -- 09/08/2017 --There are few musicians who have such a passion for their music and craft as that of Winnipeg's Philip Ndukwu. After recently starting to create music in 2016 with no musical background he has already begun to make a name for himself with his passionate love of creating music. He is proudly releasing his newest single entitled VACAY which really encompasses who he is as a musician showing his talents through a very straight forward song.

Philip states, "It's about taking a break from work and having fun going dancing. I say this is a song for people who are always busy, and then they just decide to take a well-deserved break and have some fun." This is something that is great because it can relate to almost anyone in the world. Everyone has a job and wants to step away and just go have some genuine fun. A key focal point in the song creation process is to understand your target market. This is something that Philip is really doing well in that he has the ability to write and perform songs that actually relate to people's lives and their emotions.

Philip really shines in this new release and it's a definite big stepping stone from his prior musical releases. This would include his hot single BOW TO A WOMAN and his notable album MAGICAL. Philip has strategically partnered up with acclaimed producer Doug Northcott who is known as an incredibly talented person in the music industry with his detailed production skills. This creative duo is the exact formula that was needed to bring a really cool, yet professional music hit single to the music industry's current market. Philip has an eye for talent and obviously a great ear. This has enabled him to seek out other creative individuals to mutually come together to create music for all to enjoy.

More recently Philip has teamed up with FLamez and this partnership is excelling his music into another creative direction that is set to garner some bigger attention from industry professionals, blogs, music websites, social media, and even live performances. Philip showcases an encompassing music style which is something special that needs to be heard to be appreciated. A variety of people are definitely taking note as they flock to his Bandcamp page to get a listen of what he has recently released.

This new song VACAY that was made by Philip and FLamez was recently released on August 25th and is just a small teaser of the amazing things to come in the near future. Engage with Philip on his musical journey. He is available for interviews and press requests. Please reach out via the contact information below to schedule your interview. 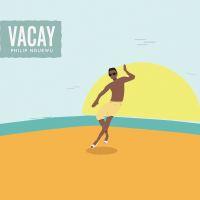 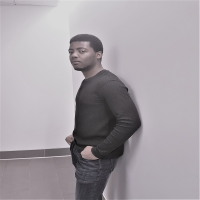