Traditional “airtight” food storage canisters do nothing more than seal oxygen INSIDE with your contents, allowing continual oxidation of the contents. The AirScape Bucket Lid fixes that problem by using simple technology that force air out and lock FRESHNESS in. The AirScape Bucket Lid officially launched on Kickstarter in early October with the campaign ending November, 11th.

Missoula, MT -- (ReleaseWire) -- 11/02/2015 --Planetary Design's patent-pending AirScape Bucket Lid is set to revolutionize the bulk food storage industry. Air is the enemy! When exposed to oxygen, food items and stuff in general starts to break down by a process known as oxidation -- leaving your brown sugar hard, your coffee bitter and your flour stale. Traditional "airtight" food storage canisters do nothing more than seal the oxygen inside with your contents, allowing continual oxidation. That is a fairly significant problem, and the AirScape lid is the solution. With an inner lid, gasket, and handle-valve mechanism, it removes the air from the canister down to the level of your contents, locking air OUT and Freshness IN. The AirScape Bucket Lid officially launched on Kickstarter earlier in October and just over a week and a half remain in the campaign.

"Given the literally hundreds of uses for the AirScape Bucket Lid I thought there was no better platform than Kickstarter to get the ball rolling. Kickstarters love innovation and what better channel to get valuable feedback while developing relationships with our end customers." said Scott Billadeau, founder and head of product development at Planetary Design Group. "I've been a fan of Kickstarter from the beginning and can really appreciate the value of the inventor and customer interaction that Kickstarter provides".

About Planetary Design
Located in Missoula, Montana, Planetary Design prides itself as an innovative manufacturer and distributor of high-end beverage and kitchen products, dedicated to creating a true balance of form and function, style and purpose into everyday living.

About Kickstarter
Kickstarter is a global, crowd-funding community that connects creators with potential project supporters bringing ideas to reality. There are currently over 9 million people in the Kickstarter community. 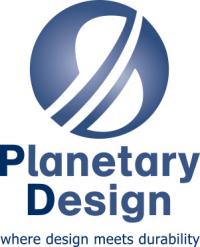 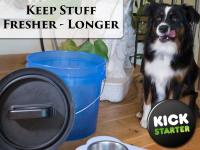 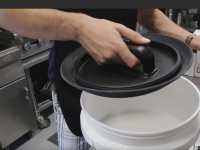