Plant a Seed Is a Christian App That Allows Users to Receive Christ, Get Encouragement and Prayer in Multiple Languages

Live on Indiegogo, Plant a Seed App is a Christian App that Aims to Reach Users Worldwide

Los Angeles, CA -- (ReleaseWire) -- 01/26/2016 --Plant a Seed App, the revolutionary new Christian App that Allows Users to receive Christ, get encouragement, prayer and support is live on Indiegogo and raising funds to bring the project to life.

Plant a Seed has pioneered an all new level of reach in Christian-based apps by taking their message and technology worldwide. This is accomplished by making their app available in many international languages. The app will feature languages such as: English, Spanish, French, German, Korean, Italian, Chinese, Japanese and more. Plant a Seed is also able to offer their app in sign language to service users in the hearing impaired community.

"I grew up in what would be called a tough and dysfunctional childhood, my life truly turned around when I received Christ, developed a deeper relationship with Him and followed His leading to help others and spread the Gospel", says founder Rita Smith, "My passion for helping people, planting seeds and seeing their lives changed inspired me to learn how to say "Jesus loves you" in 18 languages, to those I encountered. After I received such a positive response and saw how much this blessed them, I became motivated to create the app."

In some cases, there are people in countries where they are forbidden to go to church or let alone be a Christian. Most importantly there are still places and people that have not heard the gospel. Plant a Seed app accomplishes all of the above and more by utilizing the power and scale of technology and by being available in many languages ensuring users worldwide can draw closer to Christ.

After selecting their language of choice, users will be able to choose from a menu of options which include: Receive Christ, Get Prayer, Encouragement, Support, Scriptures, Social Networking, Find A Church and Other Resources.

The Plant A Seed app is now live on Indiegogo and asking for donations starting as low as $5 on Indiegogo with additional pledge levels available.

About Plant a Seed App
Founded by Rita Smith, Plant a Seed App seeks to reach believers and non believers who are hurting and lost through it's Christian app. The App is currently raising funds on Indiegogo to bring the project to life which will be accessible in many international languages. Users are able to receive Christ, connect with fellow believers, receive prayer and messages of encouragement, and find a local Church, among other features. 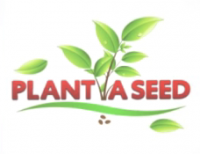 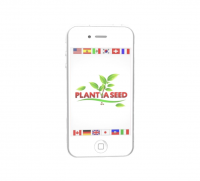