Cleveland, OH -- (ReleaseWire) -- 10/07/2013 --Plevin & Gallucci Company, L.P.A. of Cleveland, one of the top plaintiffs’ law firms in Ohio, announced today that it is opening a second office in Columbus to serve its rapidly growing, statewide client base.

“Our firm is growing rapidly and a physical presence in Columbus will allow us to better serve clients that have reached out to us from across the state for representation,” explained Frank L. Gallucci III, managing partner. “Also, as an officer of the Ohio Association for Justice, I am spending more time in Columbus dealing with the legislature and our firm is litigating more and more medical malpractice cases in the Court of Claims in Columbus.

“We also are very pleased to welcome Andy Krembs and Matt Cincione as we expand our firm,” Gallucci continued. “Andy is a long-time leader within the legal industry and Matt is a prominent member of the legal community in Columbus. Their knowledge, reputation and skill will further enhance our ability to provide the best results possible for our clients.”

Krembs, who will serve as Of Counsel to the firm, brings decades of experience in medical malpractice, nursing home negligence and personal injury litigation to Plevin & Gallucci. Since 2003, he has headed his own firm, Andrew P. Krembs & Associates Co., L.P.A. Previously he served as a principal at Cleveland-based litigation firms for over 25 years. He has been named a Top 100 Super Lawyer® in Ohio every year since 2002.

Krembs has served as lead trial counsel in over 75 trials, most of which were complex cases involving medical malpractice, product liability, toxic tort, wrongful death and intentional tort cases in jurisdictions throughout Ohio and Pennsylvania. More than 15 of these cases resulted in verdicts or settlements in excess of $1,000,000.

Krembs is active within the plaintiffs’ bar at the national and state level. He served in various leadership positions in the American Association for Justice (AAJ) for almost 20 years, including 16 years on the Board of Governors. He is past president of the Ohio Association for Justice (OAJ) and has been an OAJ trustee since 1989. He has received multiple OAJ awards including the R.C. Norris Distinguished Advocate Award, honoring lifetime achievement; the President’s Award; the Outstanding Service Award; and the Distinguished Service Award. He is a frequent lecturer on trial law and practice at OAJ seminars and a regular contributor to Ohio Trial magazine.

He is a member of the American Board of Trial Advocates and the International Society of Barristers, both by invitation only. He has been a Master Bencher in the John M. Manos Inn of Court since 1993 and is a long-time member of the Ohio Bar Association. Krembs also served as a leader of the Cleveland Metropolitan Bar Association.

Krembs holds a B.A. with honors from the University of Wisconsin and earned a J.D. at Case Western Reserve University. He is admitted to practice in Ohio and before the U.S. Supreme Court, U.S. Court of Appeals for the 6th Circuit and U.S. District Court for Northern Ohio.

Cincione led the workers’ compensation group at his prior firm in Columbus since 1985. He has practiced before the Ohio Industrial Commission, Ohio Bureau of Employment Services, Ohio Board of Pharmacy, Mayor’s Courts, Municipal Courts, Common Pleas Courts, United States District Court, Ohio Courts of Appeal and the Supreme Court of Ohio.

Cincione has been a member of OAJ since 1986 and has held many leadership positions in the organization, including serving seven years on the Board of Directors and as chair of the Workers’ Compensation Section from 2008-2009. He is a long-time member of Franklin County Trial Lawyers, previously serving as chair of the Workers’ Compensation Committee. He also is a member of the Columbus Bar Association. He earned a Bachelor of Arts in Political Science from The Ohio State University and a Juris Doctorate from Capital University Law School.

About Plevin & Gallucci
Headquartered in Cleveland, Ohio with offices in Columbus, Plevin & Gallucci is a highly experienced team of legal experts dedicated to the legal rights of individuals. The firm’s personal injury lawyers work tirelessly to obtain the largest settlements for their clients and are committed to upholding justice for victims of negligence. Plevin & Gallucci attorneys have more than 100 collective years of legal experience and several are recognized in Super Lawyers® and Rising Stars® in Ohio. 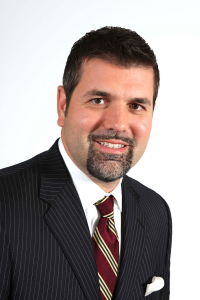