Dating VIP has created a new website geared at providing HIV positive singles a new way to find friendships, dates, and much more.

Davie, FL -- (ReleaseWire) -- 10/21/2016 --Dating VIP is a universal company that focuses on general and niche dating sites in order to bring singles together. It is proud to announce its newest site, Pos Date, which offers something new in the world of HIV positive dating. As a new site, it has already brought many HIV positive men and women together in the United States while making a huge difference in the dating world, providing singles with an online dating site where those who are HIV positive can get together without discrimination or prejudice.

HIV is a virus that is transmitted through sexual contact with someone who is infected, but not many people are aware of the realities behind having an STD--which causes many to discriminate against people who suffer from them. This can be quite an embarrassing and frustrating situation but helping members find love without the disease being an issue for a potential partner is what Pos Date is all about. Having an STD like HIV no longer needs to stand in the way of finding that special someone and this site's main focus is to provide their members with a safe haven where only love is considered infectious.

In previous decades, being HIV positive was thought to be a death sentence but with more information and fewer people being infected on a yearly basis, HIV no longer needs to hold one back from finding love. An HIV positive diagnosis might be life-changing but it doesn't have to be life-stopping. Statistics that were released in September 2015 by one of the world's largest dating sites stated that men are more likely to be infected by HIV over women. Regardless of that, Pos Date aims to connect HIV positive singles no matter if they are gay or straight.

The Pos Date website offers more opportunities as compared to other HIV dating sites given its simplistic design and easy-to-use navigation. Many HIV positive men and women are gathering on the site and creating lasting memories. Dating VIP's main aim is to improve the online dating experience for everyone and not only for those who are HIV positive but also for those who don't mind dating someone who has the infection. It is here to help make powerful connections and is focused on providing a dating service to ease every HIV positive single into the online dating environment. The company strives for success stories and continues to grow at a fast pace. 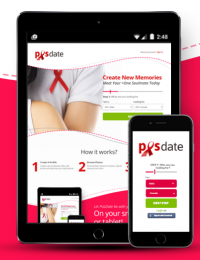