PowerShot Is an App That Measures How Fast Users Can Kick, Hit, or Throw a Ball

Cairns, Queensland -- (ReleaseWire) -- 07/05/2016 --PowerShot, the revolutionary new app that combines technology, sport, and games to measures how fast users can kick, hit, or throw a ball, is live on Kickstarter and raising funds to bring the project to life. The app not only measures statistics, but users are able to share, compare, and compete with others.

PowerShot is the brain-child of a group of entrepreneurial school kids in Cairns, Australia. "The fact that 60% of the jobs 10 years from now haven't been invented yet doesn't bother the PowerShot team. We're creating our own jobs," says Elliot Bairstow, PowerShot Founder. "PowerShot is a better solution because existing speed measuring devices are expensive and inaccurate plus people want to share and compare scores," added Bairstow.

The 11 year-old PowerShot founder Bairstow loved the TV program, Shark Tank, and always wanted to create a new business or product. TheSPACE were holding a similar program for adults, but undeterred, Elliot went anyway and loved the experience. Bairstow later joined a program called Emerging Entrepreneurs, founded by Damian Zammit, which helps transform students into future entrepreneurs and helps grow and bring their ideas to life.

The PowerShot app not only uses technology but also gets kids outside to kick, hit, and throw a ball. An absolute winner in these times when kids are spending so much time indoors attached to devices. The PowerShot team consists of Elliot Bairstow (age 11), Cory Dent (age 11), Jess May (age 11) and Hamish Howieson (age 13) who are guided by adult business advisors and mentors. The PowerShot team is moving full speed ahead to bring the project to life and grow the company.

PowerShot Version 1.0 is currently waiting approval on the Apple Store and is crowdfunding on Kickstarter:
http://kck.st/29dWi0g

About PowerShot App
The PowerShot app is the result of entrepreneurial school kids combining their passions of technology, sport and games. Coming up with an idea is easy but making it happen means playing in the adult business world. The PowerShot team are kicking business goals! 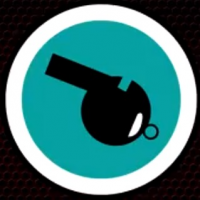 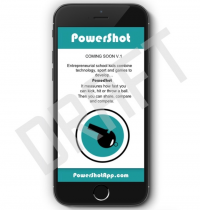 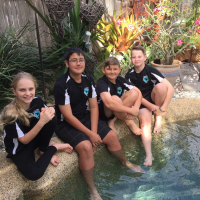