Language Terminal (languageterminal.com) is a service released by Hungary’s Kilgray Translation Technologies in a joint development with Precognox. Serving as a translating cloud service, it democratises the interpreting industry with a scaled usability that enables the use of the most efficient and latest translating tools for all users. The service is built around the highly innovative and much proved memoQ software. The popular platform is now celebrating its second release with added features.

Kaposvar, Hungary -- (ReleaseWire) -- 05/06/2013 --The Language Terminal portal is developed by Precognox in a joint venture with Kilgray Translation Technologies, incorporating their memoQ service. Kilgray is one of the most innovative companies in Hungary. Started in 2004 by three Hungarian language technologists, the company quickly evolved into a multinational, transatlantic company and became one of the most important players of the translating market in the world. Kilgray appeared on the Deloitte Technology Fast 50 in Central Europe list for 2012.

MemoQ, as in the use of Language Terminal, is the world’s most advanced translating environment with multiple functions integrated in it through a standard Web Service API, thus supporting the memoQ users’ work directly through the well-known interface. To achieve the most efficient results and user experience, Precognox and Kilgray cooperates in an agile flexible, Scrum based software development methodology in J2EE. The architecture Precognox is building around the Kilgray application is designed to be scalable by triggering new servers to share workload if necessary, thus enabling the cooperation of multiple and multipliable components. This solution secures fluent progression, dynamically reacting to load - practically within hours. A second version of the platform was released recently with added tools and features.

Endre Jóföldi, CEO of Precognox, said: “It is a delight to cooperate with such company as Kilgray, whose agility is very much in accordance with our philosophy on innovation.”

About Kilgray: Kilgray is the world’s fastest growing translation technology vendor. It has six offices in five countries - Hungary, the United States, Germany, France and Poland - and its staff has the best track record in the industry. Kilgray’s staff brings decades of experience from the design and marketing of other translation tools such as Lionbridge Freeway™, Idiom Worldserver™, SDL Trados™, or SDL Passolo™. Kilgray’s development team is headed by renowned Microsoft professionals who have also authored several books on Microsoft technology.

About Precognox
Precognox is a researcher and developer of intelligent, linguistic-based search, text mining and big data solutions. With a lengthy list of domestic and international contractors - such as the Vanderbilt University and the National Institute of Health in the US or the Hungarian Academy of Sciences, etc. - it has a proven record for efficiency and reliability in custom search engine development and text mining. Senior members of the company bring in decades worth of experience in searching. 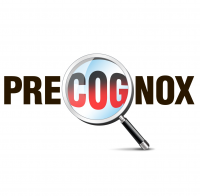