Houston, TX -- (ReleaseWire) -- 04/04/2018 --Eric Hymowitz, President of ROC Homes in Houston, TX recently had tragedy hit his family. His cousin was diagnosed with pancreatic cancer. Since then, Hymowitz and the team at ROC Homes has been active with the Pancreatic Cancer Network.

"One moment my cousin was at a family function. Next thing we know he was diagnosed with cancer and then he lost his battle to this horrible disease." Hymowitz said in a briefing on Tuesday April 3, 2018.

Since founding ROC Homes in 2002, Hymowitz has made it a point to donate resources to charities and organizations that have a special meaning to the employees at ROC Homes.

According to a recent study from the American Cancer Society approximately 55,440 people will be diagnosed with pancreatic cancer in 2018. About 44,330 people will die due to the disease.

Pancreatic cancer develops due to DNA within the pancreas being damaged. Then the cell starts to multiply abnormally. A single cancer cell will grow and divide rapidly turning into a tumor. At this point, the medical community is trying to find the exact process of how DNA is damaged that leads to pancreatic cancer.

With Eric Hymowitz donating resources to the Houston, TX Pancreatic Cancer Network, he hopes to help to the efforts in finding a cure.

"My hope is, by donating, I can help contribute to the resources that will help with research that finds a cure. Not only for pancreatic cancer, but I hope we can find a cure for all forms of cancer. Pancreatic just seems to be one of the hardest forms of cancer to fight," said Hymowitz.

Hymowitz moved to the Houston area in 1994 shortly after graduating from Tulane University. It was during his time at Tulane he found the value in philanthropy and being involved with various organizations.

Eric Hymowitz and ROC Homes looks forward to being involved involved in his hometown and with organizations to better the people of the Houston Community. 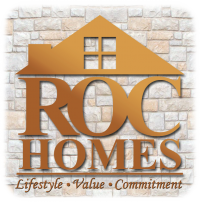 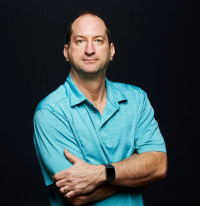