Company creates a priceless iPad Mini covered in meteorite dust from space and tops the box with an actual meteorite.

Chantilly, VA -- (ReleaseWire) -- 03/21/2013 --GoVacuum.com has announced a new contest with a one of a kind prize: an iPad Mini covered in space dust and the box is topped with a real meteorite.

The prize in question is a standard, working iPad Mini 16gb given a makeover with authentic meteorite dust. To create the priceless iPad Mini, the shredded remains of an octahedrite iron meteorite was then bonded to the back of the tablet computer. The result gives the backing a texture unlike any that can be achieved with a standard case or skin. The octahedrite iron meteorite used to obtain the raw materials is not unlike the one that struck Russia in mid-February.

The company is calling the prize the iPad Mini from Outer Space, and already interest in this space dust tablet computer has been high. More than 700 entries have already been submitted from those hoping to win the limited edition iPad Mini.

GoVacuum.com will award the space dust iPad Mini to the individual who comes up with the best name for the company's new mascot--a female Chihuahua puppy. The contest will be held entirely on Facebook and will require those hoping to win the meteorite iPad Mini to first "Like" the company's Facebook page. Then, contestants can post their names for the pup on the GoVacuum.com timeline, and visitors to the page can vote for their favorites.

To promote the contest, GoVacuum.com has created a rap jingle and placed contest promotions on its official website and social media pages. Entries will be accepted until April 1, 2013, at 4:11AM EST. The voting will also close at this time. The winner and the GoVacuum.com Chihuahua’s new name will be announced on April 2nd, 2013. 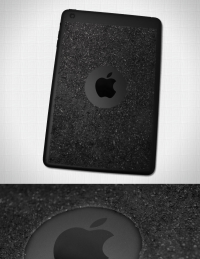