In 1924, Dr. Leroy Allen drove extensively across the United States starting chapters and Pi Gamma Mu was underway and growing rapidly. Our Pi Gamma Mu honorary president, adventurer, and Naval Admiral Richard E. Byrd carried the Pi Gamma Mu flag with him to the Antarctic in 1928, where it remains today. He noted that the study of the social sciences and being honored by becoming a lifetime member of Pi Gamma Mu International Honor Society is an adventure! A spirit of adventure and academic discovery into the unknown is something we value as we recognize the scholarly accomplishments of our members.

We support our lifetime members through our Pi Gamma Mu scholarships, conventions, our newsletter, and our peer-reviewed journal, the "International Social Science Review," which encourages student, faculty, and member publications. We are a certified member of the Association of College Honor Societies (ACHS) which assures the highest standards and that our members selected for Federal Service get higher ratings and salaries. "Membership in an ACHS-certified honor society, like Pi Gamma Mu, provides members with credible recognition of superior academic achievement and tangible lifelong benefits," said Suzanne Rupp, executive director of Pi Gamma Mu. "Some of the most tangible benefits of membership include our scholarship program and the potential for increased pay for federal jobs. At Pi Gamma Mu we strive to maintain a robust array of benefits for our members."

Michael Copps - Commissioner of the US Federal Communications Commission (2001-2011)

Paul Finkelstein - President and Chief Executive Officer (1996-2017), and Chairman of the Board (2004-2017) of Regis Corporation - the world's largest hair salon industry and a Fortune 500 corporation

Robert B. Goergen - founder and incumbent Chairman and CEO of Blyth, Inc.

Richard E. Byrd - US admiral and polar explorer who was first to fly over the North and South Poles, and Pi Gamma Mu Honorary National President (1931-1935)

Emily Welty - Vice Moderator of the World Council of Churches Commission on International Affairs and Main Representative to the United Nations for the International Peace Research Association. Team member of the International Campaign to Abolish Nuclear Weapons which was awarded the 2017 Nobel Peace Prize

William T. Coleman, Jr. – author of the winning legal brief in Brown v. Board of Education (1954) outlawing racial segregation in public education, and US Secretary of Transportation (1975-1977)

Miriam Defensor Santiago – constitutionalist and Senator of the Philippines (1995-2016)

Diana L. DeGette – US Congresswoman from Colorado (1996-present) and Chief Deputy Whip of the US House of Representatives (2006-present)

Leroy Allen - Dean of the College of Liberal Arts at Southwestern College in Winfield Kansas and Founder of Pi Gamma Mu International Honor Society in 1922. He served as President of Pi Gamma Mu from 1924-1931

Panos Bardis - Professor of Sociology at the University of Toledo and Editor, "International Social Science Review" from 1959-1993 and author of 23 books

Cheryl Lovell - President of Adams State University, 2018-present. She is a leader in providing educational access to students of all economic levels.

Clara Small - Professor Emerita at Salisbury University and Second Vice President of Pi Gamma Mu. She is a leading author on Blacks fighting for Union in the Civil War and has written, "Men of Color to Arms!" with David Briddell and "They Wore Blue and Their Hearts Were Loyal: Dorchester County, Maryland's United States Colored Troops, " written with Teresa Neld. Her many books on Black Union Troops fighting in the Civil Ward have been widely recognized

In talking about prominent members that inspire us our faculty advisers often cover our ideals of service, idealism, and sacrifice and give examples of distinguished lifetime members that inspire us to reach our full potential in life. Pi Gamma Mu prominent members have excelled in areas like public policy, Nobel and Pulitzer Prize Winners, prominent scholars and academic leaders, judicial and court leaders, as well as corporate leaders. "One of the striking things about our prominent members is that in most cases they have had global influence and have impacted history in significant ways." Said Gordon Mercer, professor emeritus at Western Carolina University and Immediate Past-President of Pi Gamma Mu. "While our list of prominent members continually grows, we want to congratulate all of our prominent members, as they are an important inspiration to Pi Gamma Mu." These prominent members have often achieved the impossible and followed the advice of one of our honorary past presidents, Admiral Richard E. Byrd, to travel into the unknown with a spirit of adventure. Faculty advisers emphasize that new members have already proven that they are among the best and urge them to continue to build on their accomplishments, remembering our ideal of service. Faculty advisers as they cover our ideals like service, sacrifice, and scholarship, in membership inductions, often advise new members to follow their inner truth and dare to take flight into the unknown and use their ideals and knowledge to light the path.

Pi Gamma Mu membership is for life. Our Pi Gamma Mu newsletter has an Alumni Spotlight feature that gives continual updates on member accomplishments. Through our electronic Listserv, our newsletter, the "International Social Science Review," Alumni Council, Triennial Conventions, and Outstanding Alumni Award, we have many supportive services for lifetime members. Our list of prominent Pi Gamma Mu members is not exhaustive, and we invite suggestions, as we are proud of our members and are continually updating our list of prominent members and our Listserv of all members. For accredited colleges and universities wanting to start a chapter or if you want to nominate a college or university to start a chapter of Pi Gamma Mu or get information, you should contact Dr. Suzanne Rupp, Executive Director: at 620-221-3128 or SuzanneRupp@pigmmmamu.org 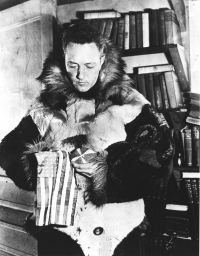 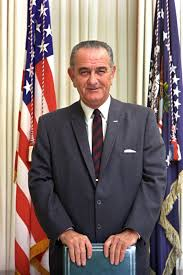 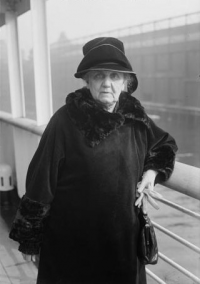