There are few acts more respected than honorable sacrifice. Cedric King has done just that with the loss of his two legs and has begun writing an inspiring book on his path to recovery: The Making Point.

Raleigh, NC -- (ReleaseWire) -- 11/15/2016 --In today's inwardly focused environment, it can be hard to take a step back and view what else is going on in terms of foreign affairs and military involvement. For veteran Cedric King this task was never an issue. In 2012, Cedric King served what would be his last year in the United States Armed Forces. He had spent a massive chunk of his life in the army, seventeen years, but his time was tragically up. Master Sergeant Cedric King took one wrong step onto a Improvised Explosive Device, a landmine. When he next woke he was greeted with disturbing news: he had lost both of his legs and feeling in part of one of his arms. This was crushing. He thought to himself and at moments wished he had died instead of ending up in his debilitated position.

After much recollection, King had an epiphany. He did not know how life outside of the medical center would be, but he knew for certain if he went out there and succeeded he would be one hell of a good role model for people everywhere to look up to. King began to train again, strength training, endurance training, everything, working himself up to the strongest he could be. Next King ran the Boston Marathon, an amazing feat for any double amputee. From there King has done much with his life, running a Half-Ironman, acting as a motivation speaker, and inspiring people everywhere. Today King wants to share with more people the mindset he attributes to his success, so King has begun writing a book titled The Making Point.

The book will touch on the vital topics of achieving and setting goals, overcoming life's adversity, love, fear, teamwork, and more. One of King's favorite snippets of advice is to look at the adversity that life brings for its ability to teach rather than its ability to take away. Unfortunately, Cedric King lays no claim to authorial talent, and self-publishing is rather expensive. So King has launched a crowdfunding campaign on Kickstarter. All forms of donations, both monetary and social, are greatly appreciated. Patrons will be able to pre-order a copy of his book and register for his two-day motivational workshop in Miami. With the support of readers, The Making Point will be able to reach the massive audience of people who need that little push to get out of a low point in life's ups and downs.

To learn more or support The Making Point visit the Kickstarter campaign page. 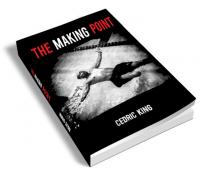 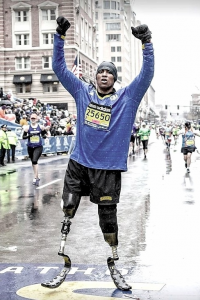