This conversation with Dr. Ronald J. Scott, Jr., a retired U.S. Air Force colonel, sounds an alarm about the progressive movement in America. He also provides rationale for why the nation needs an Article V convention.

The progressive movement is thriving, “under the radar” for most Americans. Politically self-aware progressives believe in a utopia made possible by a nearly deified state authority that centrally plans and controls the lives of its citizens. Leading progressives in America include Teddy Roosevelt, Woodrow Wilson, Franklin Delano Roosevelt, John F. Kennedy, Lyndon Johnson, and now Barack Obama. The momentum lost steam after Johnson, as indicated in the diminishing majority of a Democrat Congress until 2006.

George W. Bush served as a symbolic straw man to agitate Americans in order to shape a need for “hope” and “change” in the form of Barack Obama. George Lakoff takes personal credit for facilitating this political shift in the introduction to Jeffrey Feldman’s book, Framing the Debate: Famous Presidential Speeches and How Progressives Can Use Them to Change the Conversation (and Win Elections).

After nearly eight years of a “progressive” government in Washington, the ideology is damaging our Nation. Francis Fukuyama presents compelling arguments about this damage in his recent Foreign Affairs article (Sep/Oct 2014), “America in Decay: The Sources of Political Dysfunction.” Although Fukuyama believes an external shock may be needed, he does not consider the possibility of an internal shock, such as American citizens insisting upon a rebalancing of power in the federal system. A convention of states is such a remedy articulated in Article V of the U.S. Constitution.

Why does our nation need an Article V Convention?
The federal level has lost its sense of self-discipline and accountability as originally intended by our Constitution. Prior to the recent Congressional recess, the House of Representatives had passed nearly 300 bills that went nowhere in the Senate. The Senate Majority Leader refused to process them. Nearly 40 of these bills were jobs related. Why? Because President Obama, Democrats in both Houses of Congress, and a complicit media can bemoan a “do nothing Congress,” which is code for “obstructionist Republicans.” This “accepted notion” then emboldens the President to claim that he has no choice but to act with his pen and phone, creating, in the words of liberal constitutional scholar Jonathan Turley, an “uber presidency.” This would be the functional equivalent of a deified state, centrally planning and controlling the lives of its citizens.

If two-thirds of the states (34 of the 50) applied for a convention of states, Congress must set a date and location. The convention would then consist of commissioned delegates that would assemble to draft amendments to the constitution. Once approved by the convention of states, any such amendments would then be submitted to the states for ratification. Three-fourths of the states (38 of 50) would need to approve any amendments for ratification. Professor Rob Natelson is one of our nation’s leading experts on the Article V process. He has widely published on this topic.

Indentured Classes. Are they ruining America as we know it?
You are referring to one of my recent articles on this subject. Yes, indentured classes contribute to America’s decay, mostly through ignorance. Satirist P.J. O’Rourke was surprised by the initial shock when he claimed 50% of Americans are below average in intelligence. Yet, this “fact of life” does not capture a corresponding attribute called motivation. Unfortunately, there are many Americans that can be above, or even well-above, average in intelligence if they were motivated to be more engaged in what is going on in their lives. Neil Postman observed these characteristics as early as 1985 in his book, Amusing Ourselves to Death: Public Discourse in the Age of Show Business. Ironically, in the Foreword to his book, Postman reflected, “We were keeping our eye on 1984. When the year came and the prophecy didn’t, thoughtful Americans sang softly in praise of themselves. The roots of liberal democracy had held. Wherever else the terror had happened, we, at least, had not been visited by Orwellian nightmares.” He then went on to compare and contrast Orwell’s Nineteen Eighty-Four with Huxley’s A Brave New World. He concluded that Huxley’s prophecy was more accurate: “In short, Orwell feared that what we hate will ruin us [Note: I cannot resist commenting on how this notion is so vividly portrayed in our daily, hateful narratives by progressives when they accuse nonprogressives, such as conservative Republicans, as anti-choice, anti-women, anti-immigrant, homophobic, Islamaphobic, racist, and so forth]. Huxley feared that what we love [Note: read Welfare State entitlements] will ruin us.” In either case, we see indentured classes.

What are your views on political decay in America?
We may have crossed a threshold. Our national debt now exceeds our Gross Domestic Product (GDP). Employment participation rates are the lowest since 1978. Jobs in the private sector are part of wealth creation. Without private sector jobs and an increase in wealth creation, the gap between debt and GDP will grow exponentially. Those progressive elected officials currently in power are, frankly, insane—given the definition that insanity is doing the same thing over and over again while expecting different results.

Our “hope” for the future rests in either (a) our political leadership adjusting its ideological vision in the direction of a liberal free market; or (b) engaged Americans exercising the Constitutional authority granted in Article V. The alternative will be another once great nation that collapsed from the weight of progressive hubris.

Why do you believe that "News is a weapon?"
Unfortunately, yes, today’s news is a weapon. Let me explain. On November 18, 1956, at an embassy reception in Moscow, Nikita Khrushchev told Western ambassadors: “We will bury you” (see "Khrushchev Tirade Again Irks Envoys", The New York Times, Nov. 19, 1956, p. 1). Two years later, Cleon Skousen, a former FBI agent and political scholar, published a book, The Naked Communist. The book included a list of goals for the Communist Party in America. The list was read into the Congressional Record on January 10, 1963. Is communism another name for progressivism? Not exactly, but they are related. Progressivism orients away from capitalism and towards socialism. Socialism is a transition phase that Marx argued precedes a state of communism. Yet, as Jonah Goldberg so compellingly argues in his book, Liberal Fascism, socialism can also be the transition phase for fascism.

I say all of this as context that is necessary for answering the question. Here are goals number 20 and 21 in the Naked Communist: (20) “Infiltrate the press. Get control of book-review assignments, editorial writing, policymaking positions.” (21) “Gain control of key positions in radio, TV, and motion pictures.” For access to all the goals (this should open some eyes when you realize how many of them have already been achieved) see here.

Thus, mainstream news agencies filter news to advance the progressive ideology. As I argued in one of my articles, the left-leaning media are guilty of complicity, duplicity, and mendacity. So, yes, the American media has become a weapon and the target is truth.

About Dr. Ron Scott and book reflections
Ronald J. Scott, Jr., Ph.D., is founder and principal consultant at Vectored Solutions, LLC. He served over 30 years in the U.S. Air Force as a command and instructor pilot in fighter and airlift aircraft, commanding units on global assignments and directing the Air Force’s global operations center at the Pentagon.

He currently serves as an adjunct professor, teaching ethics and research methodology, and mentoring doctoral candidates through the dissertation process. His theoretical and analytical work has been published in academic peer-reviewed journals.

His latest book is titled: The 2012 Political Contest in America – Conversations with a Gadfly. A new book, soon to be released, is The Progressive Phoenix: Musings with a Gadfly. 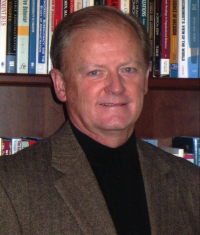 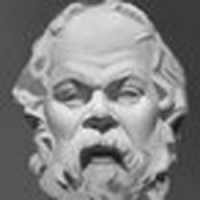