Both Tillywig and Creative Child are industry leaders in recognizing top new products in children media. Alistair Banerjee, the Chicago-based developer of Qetchup and the CEO of WebCracker Inc., said in a statement: "Honestly, getting these awards from Tillywig and Creative Child is a little dream come true. Very few products won Game of the Year award in the past. It's the top category award. We are thankful to every single reviewer that took part in making our game a success by sharing their valuable feedback with us".

When asked if WebCracker plans on creating more games in the future, Alistair said, " Definitely. I can't disclose the details yet but we are working on a couple other projects. Also, we are working on some minor design modification and a more detailed instruction sheet for Qetchup. The reviews from our customers have been extremely valuable!" 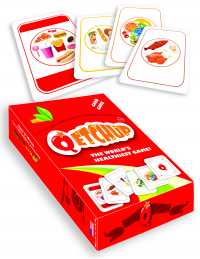