Cambridge, MA -- (ReleaseWire) -- 12/30/2015 --Quantum Dynamics, a lean start up based in the heart of Cambridge announced the crowdfunding campaign of a novel device which is catching the attention of fitness and wellness experts alike, the QUANTLET™ (www.thequantlet.com).

The QUANTLET leverages important new scientific developments to enhance the physical performance and well-being of athletes and non-athletes alike. It was developed by a practicing neurosurgeon and 2 medical device executives, alongside a team of product development experts, who based their ideas on recent research performed at several top universities around the world.

The project is currently being 'crowdfunded' on Indiegogo.com and its campaign is off to an explosive start with a huge following, having raised over $100,000 in 6 hours and reaching 50% of its funding goal in less than 7 days.

The QUANTLET, which looks much like a large watch, is worn around the wrist. It uses applied science and engineering to harness light and cold to improve human performance, which are both safe and effective mechanisms with no known side effects. In recent studies, photobiomodulation and thermoregulation have both demonstrated increases in exercise capacity, as well as improved cellular metabolism and, in some cases, even reduced levels of inflammation.

Kimberly Bentley, the company's President, stated, "People will be amazed at the results they can achieve when they use the Quantlet. They will be able to perform at a higher level, both physically and mentally, while also experiencing quicker recovery times."

"Current options for wearable technology relating to health and wellness are primarily focused on monitoring performance, whereas the Quantlet's technology takes it ten steps further. I am confident that people will be amazed at the results they can achieve when they use Quantlet," said Dr. Jack Kruse DMD MD, a co-inventor of the device.

The technology is currently patent-pending and is planned for beta release during the second quarter of 2016. For more information, visit: http://bit.ly/1NgZplL

The contents of this press release have not been evaluated by the Food & Drug Administration. The Quantlet is not intended to diagnose, treat, cure or prevent any disease and has not been examined by the FDA or other regulatory agencies. It is a low-risk general wellness product that does not require FDA clearance according to the "General Wellness: Policy on Low Risk Devices" FDA draft guidance document dated January 20, 2015. Consult your physician before beginning any exercise program. 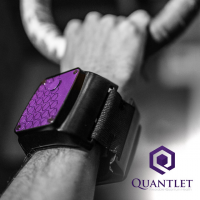 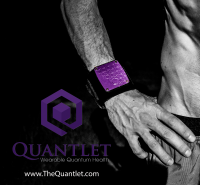