Long Beach, CA -- (ReleaseWire) -- 10/24/2018 --RealTalk MS, the leading podcast for people affected by multiple sclerosis, has released the first RealTalk MS Congressional Report Card, assessing congressional votes and other relevant legislative actions for the past two years. The RealTalk MS Congressional Report Card tracks individual members of Congress overall support for individuals and families affected by MS, with each member receiving a letter grade of A through F.

Key findings from the RealTalk MS Congressional Report Card include:

Of the 60 members of Congress receiving an "A", 53 are Democrats

All 54 members of Congress receiving an "F" are Republicans

A failing grade of "F" is assigned to any member of Congress who failed to cast even one vote or take one action in support of people living with multiple sclerosis.

"I constantly remind my listeners about the importance of advocating on behalf of your own needs," RealTalk MS podcast host Jon Strum said. "And voting is the most powerful form of advocacy there is. So, as we are preparing to vote in the midterm election, I wanted everyone affected by multiple sclerosis – patients, caregivers, family, and friends – to know how their elected officials in Congress fared when it came to supporting the MS community. That way, they can cast an informed vote."

Over the past two years, there have been dozens of opportunities for a member of Congress to support people living with MS. They could have chosen to join the MS Caucus. They could have taken a leadership role in moving important legislation forward. They may have signed on to letters to their colleagues, urging them to support specific bills that offered benefit or legal protections to people affected by MS. And they could have voted in favor of those bills that would have a positive impact on individuals and families affected by MS, and voted against those bills that would have created greater hardship or burden on individuals and families affected by MS. Strum created an algorithm that looked at all of those legislative actions, assigned each a score, and then calculated a grade for the more than 400 members of the House of Representatives and 100 members of the Senate.

To find the RealTalk MS Congressional Report Card for the House and Senate members from any state, visit www.realtalkms.com/reportcard. 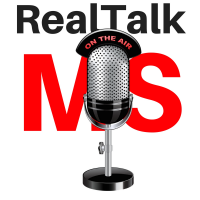